The CT House of Representatives has passed Jennifers' Law.  See the article below:

Posted by Catharine Sloper at 12:06 AM 2 comments:

Posted by Catharine Sloper at 2:32 PM No comments:

IS THIS BLOG ACTIVE? 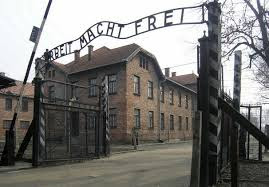 I was recently asked whether this blog is active.  I certainly monitor the comments on the blog and pay attention if something new comes up.

Otherwise, everything that I see going on is just repeat.

I have written as much as I possibly can about what is going on in family court. All of the situations that I have described are continuing to happen. This is an ongoing situation. There has been little reform, and little indication that the legal profession or anyone else, the media, your average citizen, give a shit about what is happening to people.

I could continue to cover this issue, but again, as I said, it would all be repeat.

There are 1800 blogs in total on this website with extensive observations on what to expect in family court, how to handle your own family court situation, and overviews in detail of specific cases.

I think I've pretty much covered it all.

If anything new appeared, certainly I'd report on it. But at this point, it's all the corruption again and again with the same family court operators doing it.

I'm not sure what more I can say here. Nothing much has changed.

Prepare to have your life destroyed if you enter family court, particularly if you are a mother.
Posted by Catharine Sloper at 12:25 AM 8 comments:

Email ThisBlogThis!Share to TwitterShare to FacebookShare to Pinterest
Labels: REFLECTIONS

Posted by Catharine Sloper at 11:42 AM No comments:

Email ThisBlogThis!Share to TwitterShare to FacebookShare to Pinterest
Labels: INSPIRATIONAL

SPEAK UP ABOUT THESE JUDGES UNDER CONSIDERATION FOR REAPPOINTMENT! 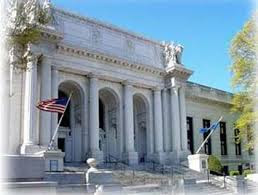 To be a Workers' Compensation Commissioner:
1. Soline Oslena of Oakdale
Posted by Catharine Sloper at 8:26 PM No comments:

OUR THOUGHTS AND PRAYERS ARE WITH PARENTS DENIED ACCESS TO THE THEIR CHILDREN AT CHRISTMAS!

Posted by Catharine Sloper at 6:07 AM No comments: 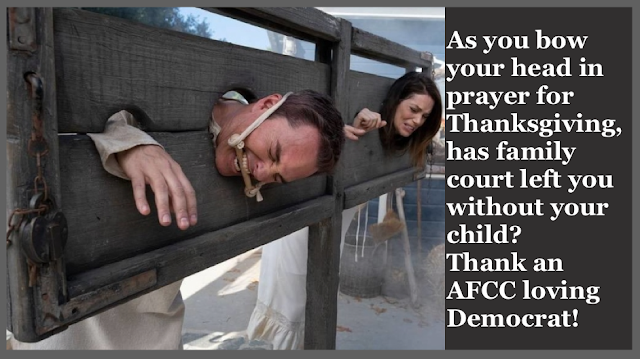 Posted by Catharine Sloper at 1:23 PM No comments:

Email ThisBlogThis!Share to TwitterShare to FacebookShare to Pinterest
Labels: THANKSGIVING

SALUTING VETERANS ON VETERANS DAY! THANKS FOR EVERYTHING!

Posted by Catharine Sloper at 11:23 AM No comments: 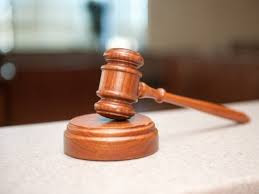 By Elizabeth A. Richter
I looked for committed activists in vain, for
There was brokenness as far as I could see
All I found was thick fog and the dreary rain
Bombs falling and shooters behind each tree
I figured this was my bad luck again
Plus folks want it all, but give-back is paltry
Still, I said I’d fight no matter what.  At least
I could give some a bit of what they sought

What can I do but list the typical wrongs
That family court has perp’d on me and you
We presented them to the Committee & Sen. Tong
All of whom talked like they had no clue
Actors all, they certainly knew all along
Of lawyers lying, evidence stolen and also
Rigged trials, bribed experts and corruption so deep
Parents are bankrupt because the cost is steep.

Next legal folks put their counter-truth on display
They cried and said parents put guns to their heads
Lawyers pulled out their violins and began to play
Judges spoke rivers about how carefully they listened
GALs fake tears over kids kept the truth at bay, while
Journalists twisted by threats repeated what they said
These fakes are so good and have such a good line
Family court victims seem out of their minds

We stand outside the Courts and hold demonstrations
Others speak to neighbors and hope they’ll understand
My friends live in fear of retaliation. So there’s no change.
When you go to Court with child abuse, you’ll be sure to find
There’s no place to go for any protection
Because you’ll be accused of parental alienation
Meanwhile mothers end up homeless and alone
Children are bribed and their hearts turn to stone

This all arose out of a vision for father’s rights.
A bunch of right wingers saw Moms as welfare queens
They thought privileges for men would turn the tide
But now there are consequences they hadn’t seen
Men are now the Moms and they think they’re great
Moms have been driven away and are called unclean
I sit here and think what can I personally do
Still, change depends upon you and you and you.

My name is Joan Meier, a law Professor at George Washington University and Founder of DV LEAP, an advocacy group for expert appellate litigation to reverse unjust trial court rulings and to protect the legal rights of women and children victimized by family violence. We would like to take this opportunity to testify and express our concern for current legislation being introduced to promote the use of Parental Alienation Syndrome as a tool to abuse domestic violence (DV) victims in family court.

“Protecting our children is one of the most important things that we can do for society. Unfortunately, some courtsare overlooking potential signs of abuse and are relying on scientifically unsound factors to make decisions that impact a child’s life.” Congressman Ted Poe

Despite numerous legislative and policy reforms designed to protect DV victims, many survivors and their children are denied legal protections in family court. Expert commentators assert that family courts are awarding unfettered access or custody to abusive fathers, and increasingly cutting children completely off from their protective mothers. This has been observed especially where mothers allege child sexual abuse. Studies show that an abuser will invoke the “alienation” defense, accusing the mother of trying to turn the children against him, rather than the court acknowledging that his abusive behavior has driven the children away.

Studies also have identified a trend toward favoring fathers, in contrast to widespread assumptions that mothers are favored in custody litigation. The findings reveal a pattern of family court failures to consider evidence of intimate partner violence, disrespectful treatment of battered women, gender biased treatment of mothers, and granting of physical custody to perpetrators of intimate partner violence.  One study found that court preferences for joint custody and the “friendly parent” principle outweighed judicial consideration of abuse claims. More in-depth empirical research has examined the lack of expertise in domestic violence and child abuse—particularly child sexual abuse—among forensic custody evaluators, who are relied on heavily by the courts.

IN CUSTODY CASES WHERE MOTHERS AND CHILDREN REPORT THE FATHER’S SEXUAL ABUSE OF THE CHILD, THE COURT SIDES WITH THE FATHER 81% OF THE TIME.

EVEN WHEN FAMILY COURTS ACKNOWLEDGE THAT A FATHER HAS BEEN VIOLENT TO THE MOTHER OR CHILD, THE COURT SIDES WITH THE FATHER 38% OF THE TIME.

A primary mechanism giving evaluators and courts a quasi- scientific rationale for rejecting or ignoring abuse allegations is the theory of “parental alienation (PA),” originally called “parental alienation syndrome (PAS),” and also called “child alienation,” or simply “alienation.” PAS is a construct invented and promoted by Richard Gardner to describe a “syndrome” whereby vengeful mothers employed child abuse allegations in litigation as a powerful weapon to punish ex-husbands and ensure custody to themselves. Gardner claimed that child sexual abuse allegations were rampant in custody litigation, and that the vast majority of such claims are false, designed by the mother to “alienate” the child from the father and drive him out of the child’s life. Gardner also characterized PAS as profoundly destructive to children’s mental health and as risking their relationships with their (purportedly falsely accused) fathers for life. Recommended remedies to PAS were often draconian, including a complete cutoff from the mother in order to “deprogram” the child. PAS quickly became widely incorporated into custody litigation when any abuse—not just child sexual abuse—was alleged.

On September 25, 2018, The U.S. House of Representatives passed H Con Res 72, a concurrent resolution urging state courts to determine family violence claims and risks to children before considering other ‘best interest’ factors. The resolution, backed by dozens of organizations advocating for protection of women and children*, encourages states to ensure courts rely only on admissible evidence and qualified experts, and adopt qualification standards for third-party appointees.  It also affirms that Congress is prepared to use its oversight authority to protect at-risk children. The resolution also asks for   strengthened evidence admissibility standards to help ensure only scientific facts or qualified expert testimony are used to prove or disprove child abuse allegations.

It urges Congress to:
DV LEAP also partnered with the Dept. of Justice’s Office on Violence Against Women on a 2-year cooperative agreement to improve the family court system’s ability to protect children in custody cases involving domestic violence or child abuse. The agreement has concluded but great accomplishments and resources were achieved. In partnership with the Leadership Council on Child Abuse and Interpersonal Violence, we provided education on critical issues that often determine case outcomes, such as the misuse of flawed parental alienation theories and failure to consider evidence of abuse. One particularly powerful aspect of the Project’s work was the development of a unique database of cases that have “Turned Around.”  These are cases in which the initial custody order placed a child (or children) in dangerous contact with an abusive parent and a subsequent order protected the child. Analysis of these cases provided valuable understanding of how and why custody evaluations so frequently fail to identify or predict actual risk to children who are victims of family violence.

As as result of this Cooperative Agreement, DV LEAP and the Leadership Council produced a number of written tools and resource materials to assist professionals working in the family court system.  Links to each of the documents are provided below.

IV. Other Resource Materials
Critiques and Case Reports of GALs’ Failures to Protect Children in Custody and Abuse Cases

We respectfully suggest that any family court legislation involving custody, PAS, allegations of child abuse and  DV be thoroughly vetted by experts in the field of Domestic Violence.

Thank you for the opportunity to submit this written testimony. I can be reached with any questions at jmeier@law.gwu.edu.