CAN A BATTERER CHANGE HIS OR HER BEHAVIOR FOR THE BETTER? 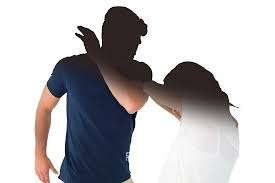 For many of us who deal with abusers in our own lives the big question is:  Can a batterer change his or her behavior for the better?  Well, so far, studies indicate a 70% failure rate for batterers who undergo treatment, and the remaining so called successes are likely to simply replace physical abuse with verbal abuse.

I can recall asking Lundy Bancroft the very same question about whether abusers can succeed in treatment three years ago when I started going to his workshops.  His answer then as it is now was that it is quite unlikely that a batterer will change unless there are serious consequences to his abusive behavior.  But, as Lundy explains, how often are there any serious consequences to a batterer's behavior?  Not that often!

If there is one thing I note about my abuser it is that divorce was very good to him.  Not only is he in the situation where he no longer has to listen to anything that I say, he no longer has to support our children financially or emotionally on the level that he did when he was married, leaving me with the great majority of the sacrifices and the expenses.

The only redeeming feature of the situation is that with time he no longer takes as much of an interest in harassing me, but if he did, he would be able to harass me and there is nothing I could do about it. Yes, we have agreements, but they are totally meaningless if the Court chooses not to enforce them, and the Court does choose not to.

Prior to my divorce, I had at least the illusion that society did not condone the oppression and abuse of women, as did my husband, and that kept him in check and limited him in the worst of his behavior while providing me with at least the illusion of a minimal sort of protection for me and for my children.  However, once the divorce was filed, it was interesting to see how many people lined up to support this man whose oppression of me and my children was so blatent, as was the physical and psychological damage he had inflicted.  Somehow, so many of these people--lawyers, GALs, psychotherapists, pastors, etc.--found reasons to explain away and justify my ex husband's abuse, and the rest didn't want to get in any trouble by getting involved.

Regardless, how reasonable is it to believe that people can change themselves in any significant way?  I know many people who have changed their lives in the face of new opportunities and new ideas.  But these are the exceptional ones, the people who look at life and view its potential for greater depth through ongoing personal transformation, and want to grab at the opportunity.

However, the vast majority of people are perfectly happy to stay as they are and they will stay as they are unless they are hit by a train or something.  And how often does that happen?  This was a tough lesson for me to to learn.

All my life I hoped to change my Dad who was very abusive towards me from my childhood on.  As a child he used to put me down and call me, let me say "lazy" (I've just invented this adjective because I don't want to get too much into my personal story.)  All my life, I tried in various ways to prove to him that I wasn't "lazy" taking on enormous projects, making sure my home was impeccable, keeping busy from morning to night.  And there were times as the years went by when my Dad would actually appear to see that I was hardworking and I'd be so proud of myself.  But in the months before he died, what was he saying again?  He was saying I was "lazy."

Even though I'm sure he loved me in many ways, some ways in which I may not have been able to see due to my own blindnesses. After all, "I was his daughter" as he declaimed in those final months, desperately trying to comfort me even as he couldn't resist continuing to harp on the old themes regarding my laziness.  Until the day he died, I was his "lazy" daughter.

So, I'm not one to talk to when it comes to thinking people can change, or batterers can change.  Batterers are batterers.  They like to batter.  Our culture provides no serious consequences to batterers so they will keep on battering.  I basically think that, like pedophiles, batterers are completely incurable.  There is one exception to this I would add, which is that I do believe that a batterer can relinquish physical violence and replace it almost entirely with verbal abuse.  So they can change from using one form of abuse into using another form of abuse, but whatever it is that they are using, it will be abuse.

What particularly worries me about Batterer Intervention Programs or Fatherhood Initiatives for batterers which are so immensely popular nowadays among the folks that continue to abuse and oppress women is that they won't eliminate the abuse, because as we know outcomes in these programs are pretty miserable.  Instead, they will educate these men to talk an even more righteous talk so that they will be able to talk themselves out of the consequences for their actions with even greater facility.

Then the burden ends up being on the victim to explain her unwillingness to let the abuser back into her life and the lives of her children.  The result is that the abuser is even more sophisticated and clever about using the system to harm the victim even further.  This is my greatest fear.  And not just a fear.  This is a reality going on all over the country as different states establish batterer intervention programs and reduce the legal consequences to batterers in order to ensure their participation in the lives of their children, no matter how harmful that participation may be. How long will it be before these batterers end up with custody of the children because the mother refuses to work with the batterer cooperatively.  Not very long, I can assure you.

It's all very sad, but the fact that this is going on is a reality in this country and the sooner we face it, the better off we will be.
Posted by Catharine Sloper at 7:07 PM No comments: Links to this post