REFLECTIONS ON THE TASK FORCE OF 2013: WERE FAMILY COURT ACTIVISTS BETRAYED BY FATHER'S RIGHTS EXTREMISTS? 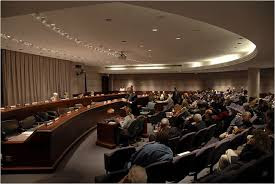 Sometime in the Summer of 2013, Jennifer Verraneault, a family court reform activist, contacted me and asked to meet with me to discuss family court reform.  Her partner, Jerry Mastrangelo had been engaged in a lengthy court battle to see his three triplets towards whom he had inexplicably been denied access.

A year prior, she had taken the free Guardian Ad Litem class for the State of Connecticut and had been able to obtain certification despite not being a lawyer or having any background as a mental health professional.  In fact, to my knowledge, I wasn't even clear that she had a College degree.  I had also tried to sign up for that class, but the CT Judicial Branch had refused me admission, perhaps because I did have a college degree.

Read more »
Posted by Catharine Sloper at 7:49 AM 2 comments:

NPO SPEAKS BACK TO THE CT LAW TRIBUNE: THERE IS NO JUSTIFICATION FOR JUDICIAL TYRANNY!

Attorney Robert Franklin, blogging on the National Parents Organization website, defends Coalition Members right to speak out against corrupt Judge Leslie Olear:
"Meanwhile, an anonymous writer published an op-ed in the same Connecticut Law Tribune, just one week later. Here it is (Connecticut Law Tribune, 3/13/14). It’s an interesting piece of legerdemain, avoiding uncomfortable facts. Worse, it’s an unabashed vote for a status quo that routinely removes children from parents’ lives and all too often bankrupts family court litigants. Given that, it’s hard not to conclude that the writer thinks both are just fine, thank you.
Many residents of the state disagree.
The writer is aghast that citizens and taxpayers of the state would actually try to influence state legislators in their decision to reappoint Judge Leslie Olear to the bench or not. That’s right; doing what everyone in the country is entitled to do, and once was encouraged as an act of civic responsibility, is converted by this anonymous writer into an outrageous slander against their betters. "
For more on this attorney's commentary, please click on the link below:

Posted by Catharine Sloper at 1:06 AM No comments: