THIS SONG IS FOR MOTHERS WITHOUT THEIR CHILDREN THIS XMAS 2018! WE STAND BY YOU THIS YEAR AND EVERY YEAR!

Posted by Catharine Sloper at 3:46 PM No comments: Links to this post

WHY I AGREED TO CO-PARENT WITH MY PSYCHOPATHIC EX! 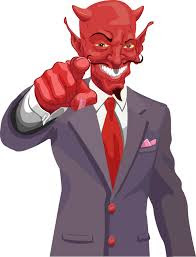 I have to say that as a mother I didn’t trust my ex to care for my children properly. (Ok, Ok, OUR children!)  I had that instinct right from the beginning.  I think it came from the fact that my ex was a bit of a mixed bag; in many things my ex was quite competent, but in others he was grossly foolish, if not dangerous to the kids at times.  This might be all right in the conduct of a business, but in the care and upbringing of children, I felt his behavior totally unacceptable.  Given this situation, it must seem amazing to anyone that I agreed to co-parent with my ex once we divorced.

Read more »
Posted by Catharine Sloper at 2:26 AM 2 comments: Links to this post


To this day, I still remember the struggles I endured surrounding the first Mother's Day after I filed for divorce.  It is striking that I filed in July, and as we approached Mother's Day the following year, we had no Parental Responsibility Plan in place and so it was unclear how that holiday was going to be handled.  You might think that it would be automatic that the kids would spend Mother's Day with me, but not so.

Posted by Catharine Sloper at 3:36 PM 2 comments: Links to this post

John Podhoretz of The New York Post comments as follows:
"In 1996, a physicist named Alan Sokal published an essay in a trendy academic journal called Social Text. Sokal argued that gravity “is a social construct” — meaning it is something invented by society rather than an immutable law of nature.
Sokal didn’t mean it. In fact, he wrote and submitted the article to Social Text as a test to see whether “a leading North American journal of cultural studies” would “publish an article liberally salted with nonsense if (a) it sounded good and (b) it flattered the editors’ ideological preconceptions.”
Social Text failed the Sokal test. It did publish the article.
Sokal’s hoax was a warning that academia’s embrace of post-modernism was leading it down the rabbit hole into the nonsense world of an Orwellian Wonderland in which, as in the case of gravity, down was up and up was down.
Well, it’s 19 years later, and Social Text has had the last laugh. We’re living in Wonderland. The Mad Hatter and the March Hare have won; the rest of us have lost.
Sokal came to mind on Sunday when the Boston Globe published an article by the president of one of America’s august schools of higher learning, Smith College.
The title of Kathleen McCartney’s op-ed: “Time to rethink our social construct of motherhood.”
In the body of the article, McCartney argues: “Motherhood is a cultural invention. It reflects a belief adopted by society that is passed down from one generation to the next.”
Unlike Sokal, McCartney’s not kidding. It should be unnecessary to point this out, but evidently it’s not, so here goes: Motherhood, literally understood, is the root of humankind—the wellspring of human existence.
By definition, it pre-exists society because there could be no society without people, and people could not exist without motherhood.
In this way, motherhood really is different from fatherhood, because while people could not exist without the seed of the father, children until very recently could not have survived infancy without a mother.
Unlike most other living creatures on earth, children are helpless for the first few years of their lives. The bodies of their mothers produced their nourishment and kept them from starving. And the care of their mothers was necessary to their flourishing.
Motherhood is the opposite of a social construct. Like gravity, its existence makes possible our existence. One might say, in fact, that everything besides motherhood that involves the raising of children is a “social construct.”
http://nypost.com/2015/05/12/the-latest-lunatic-postmodern-target-motherhood/

But is that what she is saying?  See link below:

Posted by Catharine Sloper at 1:32 AM No comments: Links to this post