CONNECTICUT'S FAKE PROVISION FOR THE UNEARNING SPOUSE WHO CAN'T AFFORD AN ATTORNEY: CT STATUTE SEC. 46b-62! 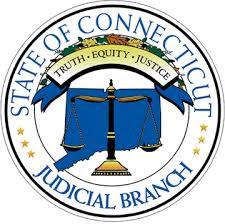 What do you do if you have no money to pay your attorney's fees during a divorce?

What they say is that if you don't have any money for lawyers, you will simply lose the case. I don't know if this is true. What I will say is that I was lucky enough have access to money that came from my parents to pay my attorneys a substantial fee.

Of course, there is the whole ethical question of why the CT Family Court makes the assumption that litigants with parents who have money to pay, should be required to make those parents pay. Since when should third parties unrelated to the lawsuit be put in the position of having to pay for it? That's a good question I never got an answer to!

Nonetheless, parents money or not, in my situation having money available for litigation didn't make my attorneys any more effective. They were still substandard. So money isn't everything. In the same way that you can't buy love, you also can't buy a lawyer's good work. In order for lawyers to work hard for you, they really have to care about you, sympathize with your story, or do a financial deal that benefits you rather than the other party so it becomes worth their while to support you. If they don't, you are simply done for and you will lose.

On the other hand, if you don't have any lawyer at all because you absolutely can't afford one, then you definitely will lose simply because you have no idea how to handle yourself in a court room. It is one thing to represent yourself when you have been in the system for a while as I have been, but it makes absolutely no sense if you are totally new to the system and have no one to mentor you. At the very least you are going to need someone to ask questions of as you begin your divorce.

The good news is that, as with so many points of law, the legal system has developed a response to circumstances where one party is the primary earner and the other has few resources available with which to hire a lawyer. The intention of this legislation is to level the playing field so that one person doesn't bulldoze over the other simply because of financial advantage. This is CT STATUTE SEC. 46b-62 referenced above. There is the equivalent of this legislation probably in every state of the union. It basically authorizes the Court to order the earning party to pay the legal fees of the other. See the wording of the statute below:

Sec. 46b-62. (Formerly Sec. 46-59). Orders for payment of attorney's fees in certain actions. In any proceeding seeking relief under the provisions of this chapter and sections 17b-743, 17b-744, 45a-257, 46b-1, 46b-6, 46b-212 to 46b-213v, inclusive, 47-14g, 51-348a and 52-362, the court may order either spouse or, if such proceeding concerns the custody, care, education, visitation or support of a minor child, either parent to pay the reasonable attorney's fees of the other in accordance with their respective financial abilities and the criteria set forth in section 46b-82. If, in any proceeding under this chapter and said sections, the court appoints an attorney for a minor child, the court may order the father, mother or an intervening party, individually or in any combination, to pay the reasonable fees of the attorney or may order the payment of the attorney's fees in whole or in part from the estate of the child. If the child is receiving or has received state aid or care, the compensation of the attorney shall be established and paid by the Commission on Child Protection.

The bad news is that even though this remedy is available, the Court rarely orders it, at least for folks like us who are victims of high conflict divorce. As my divorce progressed and became more and more expensive, my family and lots of my friends and neighbors said, "Doesn't he have to pay your legal fees?" There seemed to be this presumption that my ex would have to. In reality, the Court rarely orders it--not as long as there are grandparents, extended family members, friends or retirement accounts available to be cashed in early, tax liability or not--they don't care.

I actually know of one person whose ex paid all of the legal fees in her case, and I'm sure that it does happen. She big time lost, though I'm not sure if it was because of how her legal fees were paid. But it is kind of suspicious, don't you think?

For the better part, my ex did not have to pay my attorney's fees, and the same thing happened to most other women I know in similar situations. So what do people do? Unless you have a great Aunt to borrow from, etc. etc. in these cases, the attorneys work for nothing until the financial settlement is finalized, at which point they get paid, and often these attorneys simply don't get paid at all. Also possible is that the attorney get paid in favors meted out at another time in exchange for backstabbing you and scuttling your case.

When I asked the several attorneys I had to make a motion to court to request attorneys fees, they simply refused to do it. They told me I would never be able to get the court to order my ex to pay attorney's fees. To be honest, I'm not sure what is the point of having a CT General Statute in place giving the Court the authority to get the earning party to pay attorney's fees for the non earning party if the Court is never going to make that kind of order. Be that as it may, it is there.

What I hated was the fact that such a statute existed encouraged my friends and family to insist that it could be done and that there must be something the matter with me that I couldn't get my lawyers or the Court to order that kind of relief. The fact that this law--like many other laws intended to protect protective mothers--was only in the books for show was a concept that was far beyond their comprehension. So this law was more of an annoyance to me than anything else because it made me look bad...again!

Finally, within this legislation is an additional provision that you should all be aware of which allows the fees for the Guardian Ad Litem to be paid for from the estate of the child. This means that if you had put money aside for the child through the uniform gift to minor's act, or if you had a *college fund for the child, all of that could be seized by the GAL for the payment of legal fees.

*recent legislation, as stated below, now precludes the Court from seizing college funds for this purpose.

If you are heading for a divorce, make sure you take all the funds you have in the name of your children, make sure you consult with a tax advisor and/or an attorney regarding how you can protect them or disappear them. Good luck!

Posted by Catharine Sloper at 7:02 PM 3 comments: Links to this post