NY TIMES ARTICLE IN 2006 CITES THE EXACT SAME PROBLEMS IN CT FAMILY COURT THAT WE HAVE IN 2018! 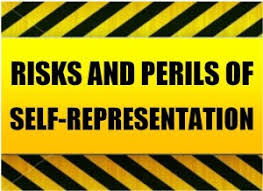 
"The mother from North Haven sat in the back of Judge Patricia L. Harleston's wood-paneled courtroom at the New Haven County Courthouse and cried quietly. She was unemployed, she owed more than $2,000 in child support and she had no idea how she was going to defend herself. She said she couldn't afford a lawyer, so she was representing herself at the child support hearing. Meanwhile, the lawyer for the father of her children sat across the room.

"I don't know what my rights are," said the mother, who asked that her name not be used because of the sensitive nature of the hearing. "When someone else has an attorney, they know all the ins and outs and I don't."

"Not long ago, a good friend of mine said something revealing to me: “I don’t think of you as disabled,” she confessed.

I knew exactly what she meant; I didn’t think of myself as disabled until a few decades ago, either, even though my two arms have been pretty significantly asymmetrical and different from most everybody else’s my whole life.

My friend’s comment was meant as a compliment, but followed a familiar logic — one that African-Americans have noted when their well-meaning white friends have tried to erase the complications of racial identity by saying, “I don’t think of you as black,” or when a man compliments a woman by saying that he thinks of her as “just one of the guys.”

This impulse to rescue people with disabilities from a discredited identity, while usually well meaning, is decidedly at odds with the various pride movements we’ve come to know in recent decades. Slogans like “Black Is Beautiful” and “We’re Here, We’re Queer, Get Used to It!” became transformative taunts for generations of people schooled in the self-loathing of racism, sexism and heterosexism. Pride movements were the psycho-emotional equivalents of the anti-discrimination and desegregation laws that asserted the rights of full citizenship to women, gay people, racial minorities and other groups. More recently, the Black Lives Matter and the L.G.B.T. rights movement have also taken hold..."

Posted by Catharine Sloper at 11:46 AM No comments: Links to this post

"Lisa Fontes’s ex-boyfriend never punched her, or pulled her hair. But he hacked into her computer, and installed a spy cam in her bedroom, and subtly distanced her from her friends and family.
Still, she didn’t think she was a victim of domestic abuse. “I had no way to understand this relationship except it was a bad relationship,” said Dr. Fontes, 54, who teaches adult education at the University of Massachusetts, Amherst..."
READ MORE:
http://well.blogs.nytimes.com/2016/07/11/with-coercive-control-the-abuse-is-psychological/?_r=0
Posted by Catharine Sloper at 8:54 AM No comments: Links to this post