GOING, GOING, GONE: WHEN YOUR ATTORNEY FILES A MOTION TO WITHDRAW! 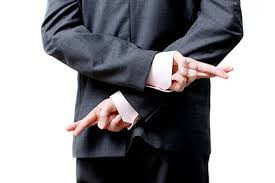 Here are two scenarios I'd like to address today.  First, one day I was doing my laundry, separating the darks from the whites, tossing out the clothing that was too messed up to wear any more, when all of a sudden I heard the door to my house open and close and out of the corner of my eye I saw this multipage document flying through the air.  I'd just been served by a Motion to Withdraw by my attorney.  You'd hope that the marshall would be polite enough to just knock on the door and hand it to me, but no such luck.

Another scenario took place with a friend of mine who was represented by an attorney who kept on undercutting her case.  Finally, she told him, "You are fired!"  Still, wouldn't you know it, on her next Court appearance, guess who was standing there negotiating with the opposing attorney in her case.  You guessed it, the attorney she had fired.  "I told you I've fired you and I don't want you speaking for me." she said to her former attorney, but he just ignored her and kept doing what he was doing, presumably charging her for the Court appearance.

So, what are we to make of this situation.  Can attorney's do this?  Can they just refuse to represent you, particularly when, as in my case, this attorney had filed the motion to withdraw immediately before an important court date?  If you fire an attorney, can they just ignore you and keep on working without your authorization?  The answer is, "Yes, they can!"

To do so, he will file a Motion to Withdraw Appearance according to Practice Book 3-10, which means that he has to send a copy of that Motion to you by marshall (thus my little surprise when I was sorting my laundry) and include with that motion a notice of when the hearing on the motion will be held.

The language of the Practice Book 3-10(a) in this regard is as follows:  "No motion for withdrawal of appearance shall be granted unless good cause is shown and until the judicial authority [the judge] is satisfied that reasonable notice has been given to other attorneys of record and that the party represented by the attorney was served with the motion and the notice required by this section or that the attorney has made reasonable efforts to serve such party.  All motions to withdraw appearance shall be set down for argument and when the attorney files such motion he or she shall obtain such argument date from the clerk."

Supposedly, a "good cause shown" is not money, i.e. that you haven't paid your bill and there are multiple thousands of dollars due,  because lawyers are supposed to be above such things.  In fact, in one of the hearings on the motions to withdraw in my case, the attorney pointed out that I owed him $30,000; nonetheless, the judge made it clear that he felt that such a sum of money was a laughably small amount to owe and hardly the basis for withdrawing for my case.  Of course, I'm amazed by that because $30,000 is a lot of money to me, but who am I to say anything!

Usually, the reason given for such a motion to withdraw is that there has been a breakdown of the attorney/client relationship.  The first time I received one of these motions to withdraw--and to be honest, I only had two--I consulted with some highly regarded attorneys in the field of matrimonial law and they assured me that no judge would allow an attorney to withdraw from my case, particularly just before trial.

And, what is more, if your attorney tells you he wants to get out of your case and does not wish to represent you any further, do not oppose him.  Let him go.  Shall I repeat that for you?  Let him go and do not show up for the hearing on the Motion to Withdraw to oppose him.

Because if you show up for the hearing and attempt to prevent your attorney from leaving your case, that attorney will promptly invent reasons to allow him to leave your case.  He will falsely accuse you of doing terrible things, he will slander your character, and he will drag you through the mud.  Trust me.  I have lived this situation.

What is more, no matter what you say, in a face off between you and your attorney, the Court will believe all the vicious, nasty lies that your attorney tells, even if there is absolutely no evidence for what that attorney is saying, and even if his accusations make absolutely no sense.  If  you try to say something like, there is no evidence to prove what you just said about me.  The attorney will respond with something like, I do have the evidence but it would be breaking attorney-client privilege for me to reveal it.  Oh no, the Court wouldn't want to do that.  Of course, you say, go ahead, break it!  But the Court won't allow it.

Of course, this kind of behavior, slandering your reputation in a Court hearing when they still are, at least officially, representing you, breaks all sorts of rules of professional ethics.  But, it happens anyway all the time.  Not only did it happen to me, but I have watched it happen many times in Court to other people.  Of course, this is the worst kind of violation of trust imaginable, that this person whom you have trusted, to whom you have confided all the intimate details of your case, should then turn on you and attack you, but sorry, that's life in a high conflict divorce, baby.  So get used to it.

Now here is the real problem with a situation like this.  Any of the false accusations which your attorney(s) brought to the Court during his Motion to Withdraw acts as fodder for the opposing attorney.  You can be sure that the next Motion the opposing attorney files in the case will include as an attachment a copy of the transcript including your ex attorney's false accusations.  All future motions in the case will include in their summary of the case references to your ex attorney's false accusations, and these accusations will arise during negotiations in your case, and will be passed on to the therapists who work with your family during and subsequent to these proceedings.

See what power these attorney's have to destroy your life and your reputation permanently?

Do not get in the way of these attorney's when they decide to withdraw--ever, ever, ever.

Of course, I know that you will want to ask me why you would try to keep an attorney on your case who obviously wants to leave and doesn't have any loyalty.  The answer to that is, of course no one wants an attorney under those circumstances.  But most of the time, once you are in this situation, all your money is gone and you don't have enough money for a retainer to hire a new lawyer.  In addition, if you lose an attorney it will literally take up to $10,000 or more to get the new attorney up to speed.  It is a tremendous financial loss on your investment when you lose an attorney and have to hire a new one.

Now, getting back to the situation where my friend fired her attorney, but the attorney still kept on coming to hearings and representing her despite her requests that he stop doing so.  Can an attorney actually do that?  The answer is, "yes".  Come on--you knew that!  If following through on an action is nasty and disgusting and unjust, you can be sure that an attorney can do it--goes with the territory, right!

Legally, you cannot fire your attorney unless you replace him with another attorney.  I am not sure where it is in the Practice Book, but that's the way it works, and the way it works is the law, even if it isn't the law, if you see what I'm saying.  Also, you cannot fire your attorney and replace him with yourself unless you have the permission of a judge, and getting a hearing before a judge for that purpose takes at least two or three weeks.

Until then, guess what!  For all official business, for all hearings, your attorney is obligated to appear, no matter what you said about how he was fired.  Of course, if you have one of these lovely high conflict divorces, when you file a motion to get rid of your lawyer and replace that lawyer with yourself, you can be sure that the opposing attorney will file an objection to that motion.  And although the opposing attorney is unlikely to win since you have a constitutional right to represent yourself, still, it can make you nervous, because granting what other attorney's may have said about you in Court hearings on their Motions to Withdraw, it is possible that the opposing attorney could argue that you are too incompetent to represent yourself.

In the kangaroo court atmosphere of the Family Courts where it often appears that anything goes and chaos reigns, it could happen!  You can never tell.

So, my best advice to you is, if you receive that Motion to Withdraw just don't show up for the hearing.  The judge will then grant the Motion to Withdraw by default, the attorney will be happy, your reputation will not be destroyed, and you will be able to move on and find someone else or sign on to represent yourself.  Here is a situation where, without a doubt, no action is the best course of action.

http://divorceinconnecticut.blogspot.com/2012/08/the-parties-will-divide-gal-fees.html
Posted by Catharine Sloper at 1:13 AM