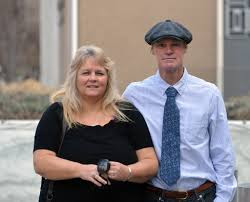 "Connecticut parents whose children were removed from their care at birth by the Department of Children and Families will have a chance to argue that their rights were violated under the Americans with Disabilities Act.

DCF took custody of the children of Karin Hasemann of Watertown and Joseph Watley of Thomaston under what the agency calls predictive neglect. In this case, DCF assumed the parents' mental health would negatively affect their ability to care for their children. .."

Josh Kovner of The Hartford Courant reports as follows:
"A federal appeals court has given two Connecticut residents a chance to prove the state child protection agency trampled on their rights by removing two children at birth based on "perceptions and stereotypes" of the parents' mental health.
The U.S. 2nd Circuit Court of Appeals issued its ruling Friday, sending the case of Joseph Watley, 61, and Karin Hasemann, 47, back to the U.S. District Court.
The pair claim that their rights under the Americans with Disabilities Act were violated when the state Department of Children and Families terminated their parental rights.
U.S. District Judge Robert N. Chatigny dismissed the couple's case.
The appeals court, in part, said the district court erred when it ruled it lacked jurisdiction and then denied the couple's motion for appointment of a lawyer. The parents had been representing themselves.
"District courts should not dismiss a pro se complaint without giving the plaintiff an opportunity to be heard "[u]nless it is unmistakably clear that the court lacks jurisdiction, or that the complaint lacks merit or is otherwise defective," the appeals court ruled..."
READ MORE:
http://www.courant.com/news/connecticut/hc-dcf-predictive-neglect-ruling-20160122-story.html
Posted by Catharine Sloper at 12:02 PM No comments:

According to Josh Kovner, reporter at The Hartford Courant:
"NEW YORK — The state child protection agency trampled on the rights of a Connecticut couple by removing two children at birth based on "perceptions and stereotypes" of the parents' mental health, a lawyer told a federal appeals court Thursday.
Lawyer Andrew O'Toole of Hartford was arguing on behalf of Joseph Watley, 61, and Karin Hasemann, 47, who claim that their rights under the Americans with Disabilities Act were violated when the state Department of Children and Families terminated their parental rights.
O'Toole and the couple, along with several supporters, were at the U.S. 2nd Circut Court of Appeals to challenge a dismissal of the couple's case by U.S. District Judge Robert N. Chatigny..."
For more on this article, see below:
http://www.courant.com/news/connecticut/hc-dcf-predictive-neglect-appeal-0115-20160114-story.html

Posted by Catharine Sloper at 1:25 PM No comments: