CREATING A CT FAMILY COURT REFORM MOVEMENT THAT EVERYONE CAN GET BEHIND! 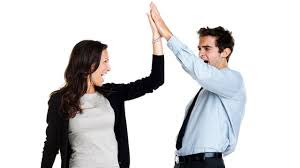 The only thing I can say about the Finance Committee at this point is: "What were they thinking?"

Read more »
Posted by Catharine Sloper at 2:41 PM 16 comments: Links to this post

COALITION FOR CT FAMILY COURT REFORM CAUGHT WITH ITS PANTS DOWN!

On April 17, 2015, GAL Sue Cousineau filed an ethics complaint with the Office of State Ethics stating that the Coalition for CT Family Court Reform had failed to obey the Code of Ethics for Lobbyists, Chapter  10, Part II, General Statutes.

She indicated that The CT News Junkie had published an article  by Susan Papuano dated April 7, 2015 and entitled "Family Court Reformers Target Chief Justice" which indicated that the Coalition spent $4,500.00 on billboards to influence   state legislators.  Attorney Cousineau expressed her doubt as to whether the Coalition had yet registered as a lobbyist organization as required by state law.

Following up on this complaint, I looked up the Office of State Ethics, a website I have never seen before, and investigated what is going on.  The link for this  website is below for those who might take an interest:

Apparently, if you as an individual or a group spend up to $2,000.00 in a given year attempting to influence state legislators, you are required to register as a lobbyist.  The official definition of a lobbyist from the Office of State Ethics is as follows:

I am looking at the article where it appears as though the Coalition paid $4,500.00 in order to put up those billboards opposing the reappointment of Chief Justice Chase T. Rogers and supporting the passage of H.B. 5505.

It is looking an awful lot as though Attorney Susan Cousineau caught the Coalition with its pants down!  "I surrender, Susie!  You got me!  I'm a miserable no good ethics violator and I failed to report that I spent considerable amounts of my money (which I could have used for a lovely trip to Florida) in the service of the vulnerable and the defenseless.  So shoot me why don't you!"

More seriously, I am amazed that the Coalition has gotten so far as to warrant a complaint of this kind.  Since when is it a particular organization?

As far as I know, a tiny minority of individuals in this group has established a non profit 501 (c) 3 corporation using the name Coalition for CT Family Court Reform.  But to my knowledge they stole the name from me, Bill Mulready, and Henry Martacchio who were the first to coin the phrase during a buzz filled night at some bar in Unionville.  So the real people who are the Coalition should be us three.  And certainly, when I make reference to the Coalition here on my blog, what I mean are us three, plus all of MY friends.

On the other hand, the rogue group that stole our name calls itself the Coalition as well and has a lovely website posted which uses the name.  Not only that, I believe there are a bunch of men's rights rabble running around  on a Facebook page as well declaring themselves to be the Coalition for CT Family Court Reform--this includes a real one and a fake one I believe.  Then again, as I said, I also use the term Coalition since I believe I have one third right to it having invented it along with my buddies, and I believe it refers to all mother's rights people such as myself.

There are people all over the place both in and out of Connecticut who would identify as members of the Coalition--none of them have filled out any form to that effect and neither have they contributed any money--pretty scummy of them, yet they consider themselves part of the group.

So, who is Attorney Sue Cousineau complaining about?

As far as I know, a bunch of random individuals passed a hat around and purchased a billboard.  At the last moment, whoever was selling the space asked who shall I say this is for?  Everyone then looked at each other and said Coalition for CT Family Court Reform.  Of course, when I said it, I meant everyone who reads my blog not those scumbag father's rights people on Facebook.  And certainly not those creeps who stole the name and established a 501 (c) 3 with it, not even asking my permission.

What do you think, since I contribute over $2,000.00 of my free time writing this blog, do you think I ought to register? I'd sure get a shiny badge which would be an ego booster!

I know a few people who believe that the Coalition is an anti-pedophile organization out to root out the multi-million dollar pornography industry that riddles the tri-state area.  You know, or maybe you didn't know, my reader friends, but there is a lot of devil worshipping going on in the State of Connecticut and someone needs to eliminate it.  Let's call the Coalition for CT Family Court Reform!  What better organization to do it.  Who do you call?  Devilbusters! (or CCFCR!)

You know, Sue, could we just figure out who we are first before you go jousting with our newly built windmill?
Posted by Catharine Sloper at 8:35 PM 1 comment: Links to this post

CT COALITION FOR FAMILY COURT REFORM HOLDS RALLY AND PARTY! BE THERE! 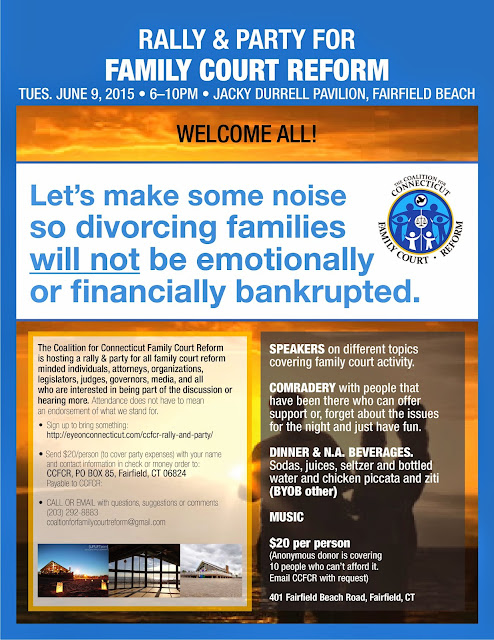 Posted by Catharine Sloper at 12:06 AM No comments: Links to this post

The Rules Committee of the Connecticut Judicial Branch met on Tuesday, February 10, 2015.
During the meeting the Committee considered three proposals by Coalition members.
The first proposal submitted by Ms. Susan Skipp was that the "Connecticut Practice Book" rules 25-60a are inadequate to ensure the confidentiality and privacy of medical records and psychiatric evaluations.  The Committee tabled that proposal until it can hear further from the Family Commission.
The second proposal submitted by Anonymous suggested that the Committee adjust the "Connecticut Practice Book" to institute a policy of requiring that transcripts and memorandum of decision redact information on children's medical conditions and treatment.  Again this proposal was tabled until the Committee could hear from the Family Commission.
The third proposal submitted by Ms. Marissa Ringel was to adjust "Connecticut Practice Book" 25-70 to include a new rule of practice requiring an evidentiary hearing prior to an order of supervised visitation and also requiring that supervised visitation be limited to a three month period.  The Committee decided not to act on this last proposal any further.

There were several other proposals worth reviewing and to look at those, please click on the link below:

The next meeting of this Committee will be held on Monday, March 16, 2015, at 2:00p.m. in the Supreme Court courtroom, Supreme Court Building, 231 Capitol Avenue, Hartford, CT.
Posted by Catharine Sloper at 4:27 PM No comments: Links to this post

HEARD ON THE GRAPEVINE ABOUT ANONYMOUS TESTIMONY TOMORROW!

Anyone that wants to submit written testimony (at the hearing tomorrow 3/31/14 at 10:00am) as "Anonymous" or Jane or John Doe and does not want to use their email account can send their testimony to Marisa at:


today or tonight or before 6am tomorrow to submit for them.

You can also testify orally as anonymous or Jane or John Doe. The videotape will only show the back of you not your face. I believe as that is how they ran it last time.
Posted by Catharine Sloper at 6:29 PM No comments: Links to this post

COALITION VOLUNTEERS PAUSE FOR A MOMENT WHILE PASSING OUT FLYERS TO LEGISLATORS!

Posted by Catharine Sloper at 5:33 PM No comments: Links to this post 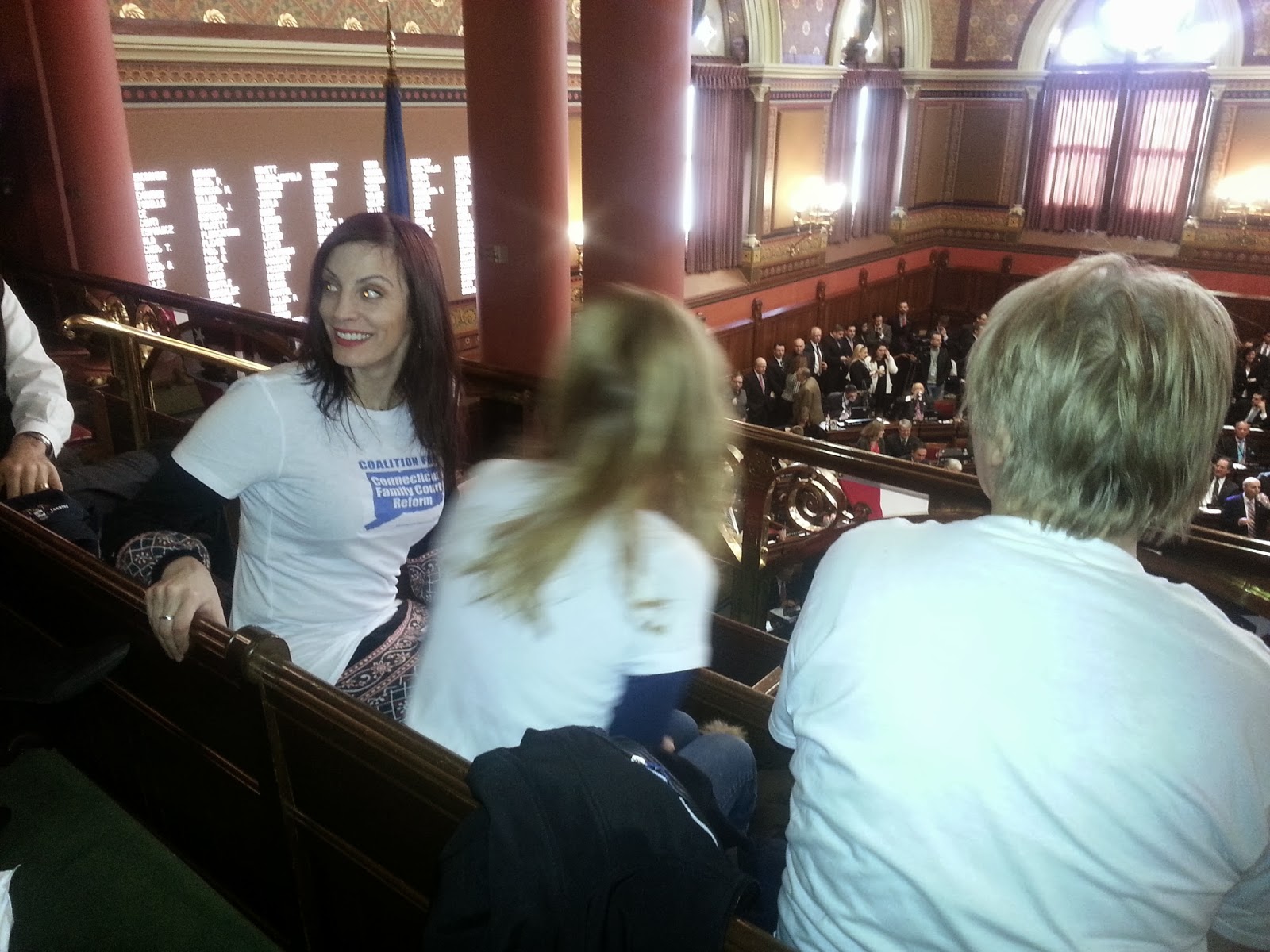 Posted by Catharine Sloper at 8:10 PM No comments: Links to this post

A COALITION MEMBER TAKES IN THE SCENE ON LEGISLATIVE OPENING DAY! FEBRUARY 6, 2014! 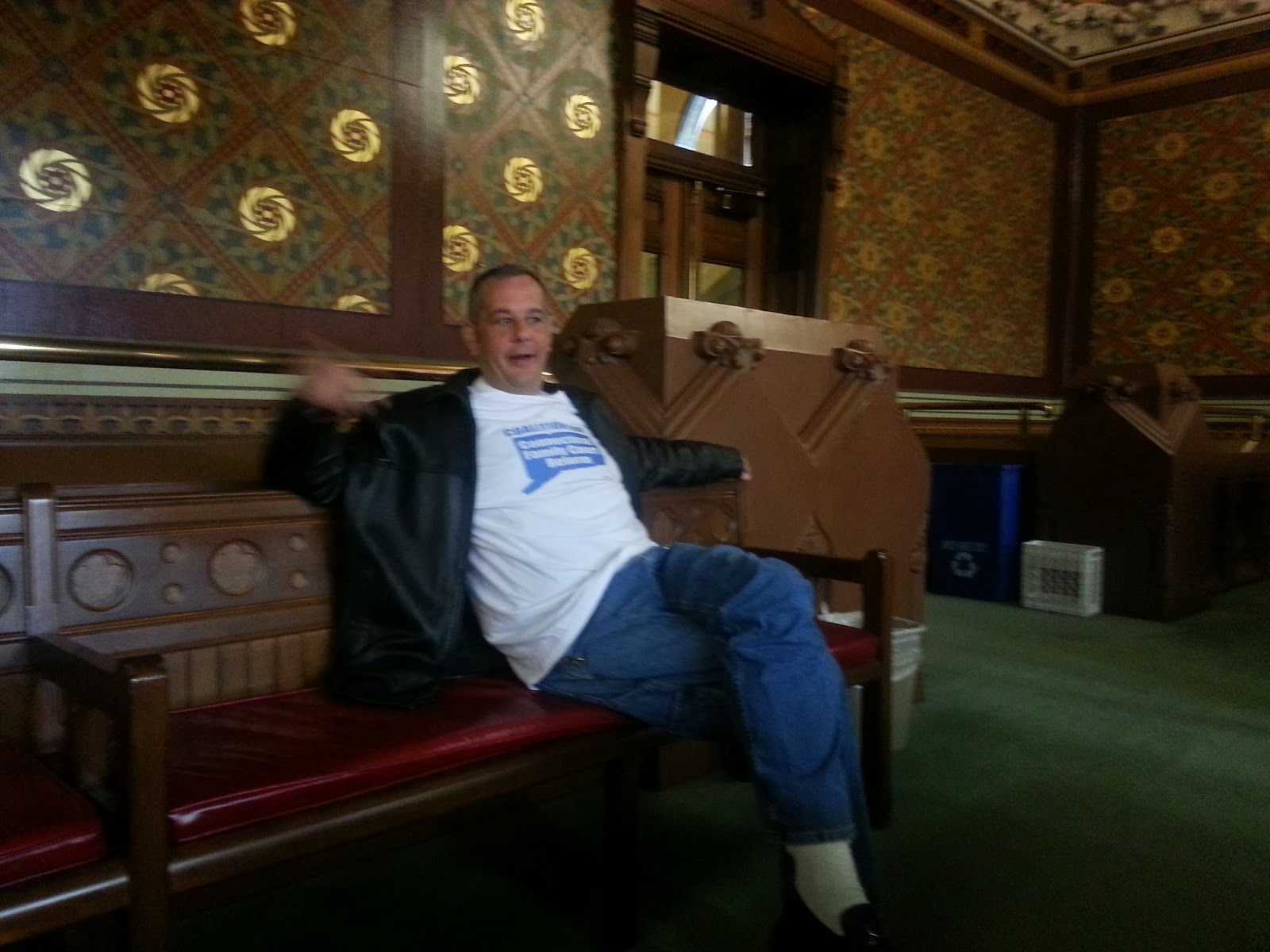 Posted by Catharine Sloper at 8:08 PM No comments: Links to this post 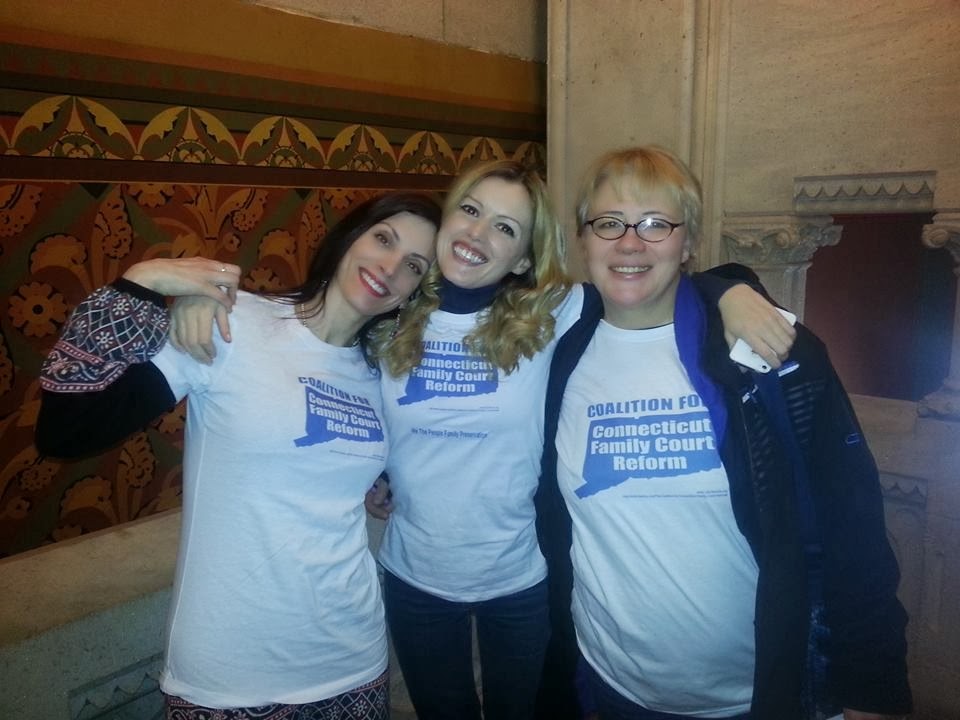 Posted by Catharine Sloper at 8:04 PM No comments: Links to this post

JOIN THE MOVEMENT FOR JUDICIAL REFORM IN CONNECTICUT!

Join the Coalition for Connecticut Family Court Reform at the following link:


Posted by Catharine Sloper at 10:55 PM No comments: Links to this post