WOODY ALLEN AND THE POLITICS OF TOLERATION IN CHILD SEXUAL ABUSE CASES! 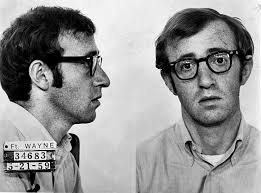 In the light of Ronan Farrow's exposure of the allegations against Harry Weinstein, the Woody Allen Child Sexual Abuse scandal has again caught notice. Why is it that Harvey Weinstein faces such overall condemnation in the movie industry and yet Woody Allen has not?