HOW CONSERVATIVE ATTACKS AGAINST SINGLE MOTHERS AND FEMINISM HAS IMPACTED FAMILY COURT! 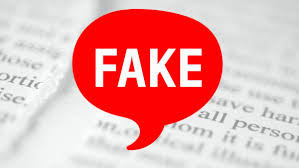 On February 26, 2010, several CT State Agencies came together to sign a multi-agency agreement to coordinate efforts to further the interests of fathers over that of mothers. These Agencies were the Department of Social Services, The Department of Children and Families, the Department of Corrections, the Department of Mental Health and Addiction Services, and the Department of Public Health. The beginning of this agreement made several statements in order to justify this promotion of father's interests over that of mothers in violation of the CT Constitution Article I, Section 20 which forbids discrimination based upon gender. One such statement was as follows, "Children who grow up in families headed by single mothers are five times more likely than two parent families to live in poverty." Subsequent statements continued on to blame single mothers for a high percentage of high school drop outs, juvenile delinquency, drug use, teen pregnancy and mental illness.