DR. ERIC FRAZER, PAS EXPERT: HE IS FOUND TO BE LICENSED BUT STILL GUILTY AS CHARGED OF BEING STUPID! 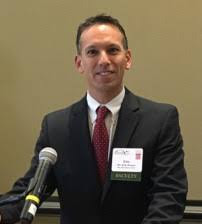 I've had many people tell me how smart I am -- thank you -- which did not protect me from the mistake of thinking that Dr. Eric Frazer, a psychologist practicing out of Westport, CT, did not have a license.  I did investigate very carefully prior to publishing that information, but I still ended up being misled by the way the State database worked.  So I am not immune to error.  However, I would not say that I am stupid, which is more than you could ever say about Dr. Eric Frazer. [And before I proceed, I do want to thank those who were quick to contact me on that point.  I am very grateful to my readership for keeping me on track!]

Recently, a mother contacted me to let me know that Dr. Frazer had become involved in her case as a PAS (Parental Alienation Syndrome) expert and GAL and that he had investigated her case and concluded that she was alienating her child from the father.  She assured me that this was not so and showed me additional information that led me to believe she was telling the truth.

In contrast, from the documents I saw it appeared as though Dr. Eric Frazer had misrepresented the facts of PAS on the stand and had lied about the mother.

Of course, I am not surprised that anyone who characterizes him or herself as an expert in the quack theory of PAS also turned out to be a quack as well.  Licensed or not, a psychologist who acts on the basis of a quack theory remains a quack.

The end result of his wrongdoing and false testimony was that this mother lost custody of her son who had been living with her for many years and the young man was summarily transferred into the primary care of the father.  This demonstrates more powerfully than anything else how the testimony of a psychologist can end up devastating a custody case even though such testimony is completely bogus.

Remarkably enough, however, before this family court case was over, nobody bothered to check out Dr. Eric Frazer's credentials.  They should have--because they are seriously not that great!

First of all, so-called Dr. Frazer claims that he received his Psy.D. from the Miami Institute of Psychology.  The Miami Institute of What?  What is with our Court system that it could actually place the serious responsibility for the wellbeing of a family in the hands of a graduate of some obscure college in Florida that no one has ever heard of!  Are there no professionals who actually graduated from the University of Connecticut or Yale University that the Family Court could have checked with, schools that have some kind of track record and credibility?

He does have a license in the State of Connecticut--but my question is--how did he get it despite being so poorly qualified!  I am sure there is an explanation!

So what about Dr. Eric Frazer's education?  What is interesting about Dr. Frazer's "about me" page is it doesn't say a thing about his academic credentials which would be the first thing you would want to know about a professional who is going to take on powerful responsibilities such as deciding which parent a child ends up with.  For that information on Dr. Frazer I went to the Yale University School of Medicine where he claims to be an Assistant Clinical Professor--ah hemm--part time.

On the Yale University School of Medicine website where Dr. Frazer has been listed, the only academic credentials he provides is the information that he received his Masters of Science at the Miami Institute of Psychology in 1998.  The only problem is that at another location online--his "linked in" page--Dr. Frazer claims that he was working on his Psy.D. at the Miami Institute of Psychology from 1996 to 2000 and makes no mention of a Masters in Science.  So what did he get--a Master's Degree or a Psy.D.?

You might speculate that he got both, but that is not how it works.  Ordinarily, a credible Master's Degree takes at least two years to obtain.  A Psy.D. takes minimally four years.  Based on that, there is no way that Frazer was able to get both a Master's degree and a Psy.D. degree at the Miami Institute of Psychology in only four years.  He either received one or the other. Or else, considering the timeframe, and this is something I hadn't considered when I first started writing this article, Dr. Frazer obtained two degrees that are of seriously poor quality!

I am aware that the Miami Institute of Psychology made arrangements for students at Miami-Dade Community College to transfer credits into the Institute, but that would hardly be a quality level education.  Still, it is possible that this is what Dr. Frazer did because there is a gap of two years between his graduation at Fordham in 1994 and the start of his education at the Miami Institute in 1996.

Of course, then that turns attention onto Dr. Frazer's time at Fordham where it seems that Frazer only spent two years from 1992 to 1994.  Perhaps this was also a community college supplemented education, although Dr. Frazer doesn't tell us.

And this is my problem.  That information should be up front and available to people who are considering whether to take advantage of his professional services.  It leaves me wondering how much I can believe of what he has posted up there.

At one point in this conversation, I had a person ask me "Where did Dr. Frazer get his doctorate?  And this is where I again kind of have an argument.  Can you legitimately call a Psy.D. a doctorate?  For me personally, I don't think you can.  You see, a Ph.D. and a Psy.D. are two entirely different degrees.  In order to obtain a Ph.D., you are required to do an original piece of research which you ordinarily write up into what is called a dissertation which is required to show a mastery of the subject matter.  This dissertation is frequently up to 100 pages or more.


With a Psy.D. all you do is pass an examination and you are done.  In terms of respect and prestige within the academic community, a Psy.D. is considerably less.  As a point of interest, the Miami Institute of Psychology is accredited for a Psy.D. degree, but it is not accredited for the Ph.D.  So Dr. Frazer could not have obtained an accredited Ph.D. at the school he went to because it is of insufficient quality to offer one.


Be that as it may, somebody please tell me how this guy was ever able to become a psychology fellow at Yale University Medical School with such slim qualifications!  He's not even a member of the American Psychological Association, although he appears to be affiliated with the infamous AFCC and he is a member of the Connecticut Bar Association without being a lawyer.  I mean, why get picky about whether you have a J.D. or not!

So tell me how this guy is able to walk into courtrooms here in the State of Connecticut and change lives forever on the basis of a diploma that is of such poor quality?

Who is in charge here?

Who is at the wheel to see that the experts who provide testimony in Connecticut Family Courtrooms meet some basic standards in terms of professional capability?

I have left messages with Dr. Eric Frazer at his office at Westport and also with the Chairman of the Department of Psychiatry at Yale University Medical School.  If either returns my call and provides me with additional information, I will certainly include their responses in this posting.  So far that hasn't happened.

Dr. Eric Frazer is now associated with Dr. Linda S. Smith in their mutual business Child Custody Analytics which is listed as being in practice from September 2014 to the present.  For those of you concerned that you might face false charges of PAS, I'd stay away from these guys.