CT VICTIMS OF FAKE ACCUSATIONS OF THE QUACK, UNSCIENTIFIC THEORY OF PARENTAL ALIENATION SYNDROME AND ITS VARIANTS! 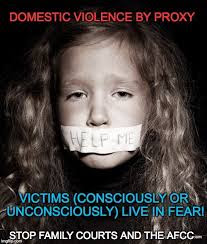 Let us today remember the victims of the fake diagnosis PAS or PA or "alienation" or however father's rights people choose to designate it.

This is often designated "the mental illness that HAS NO NAME" because judges who know that it is illegal to seize children from fit mothers based upon this quack diagnosis simply state on the record that the mother has a mental illness but they don't know what it is.  We know, however, exactly what they mean.  We know that such judges are committing fraud against mothers, many of whom are victims of abuse, or their children are victims of abuse.

These mothers who were falsely accused have often lost all access to their children, were bankrupted, or had their reputations publically slandered and attacked.  In many cases the children were placed in the hands of their abusers.

See below for names of the CT victims of this travesty: