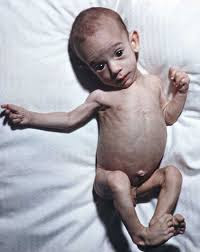 Josh Kovner of "The Hartford Courant" reports as follows:

"A scathing review by the child advocate of the near-starvation of a baby placed with relatives in Groton reveals "staggering failures and omissions" on the part of the Department of Children and Families, and raises doubts about DCF's decisions on child placements beyond this case.

A DCF social worker visited the boy, identified as Dallas C., on at least five occasions over 102 days between late July and late October 2015, but managed never to see Dallas awake, never roused him and never assessed what others who had contact with the family were calling the child's rapidly deteriorating health, according to the advocate's report, released Tuesday morning.

At one point, the social worker reported that he was "able to confirm that [the child] was indeed breathing," according to state Child Advocate Sarah Eagan's report..."


http://www.courant.com/news/connecticut/hc-foster-care-dcf-child-abuse-1005-20161004-story.html
Posted by Catharine Sloper at 5:09 PM No comments:

JOSH KOVNER OF THE HARTFORD COURANT REPORTS THAT THE OFFICE OF PROTECTION AND ADVOCACY IS HOPELESSLY PARALYZED BY ITS POLITICAL INVOLVEMENTS!

ACCORDING TO JOSH KOVNER OF "THE HARTFORD COURANT":
"HARTFORD — The office charged with protecting the rights of Connecticut residents with disabilities is severely compromised by its ties to state government and politics and could lose its federal funding if it does not take immediate steps toward independence, a federal audit has concluded.
The review of the Office of Protection and Advocacy for Persons With Disabilities noted a series of deeply seated conflicts of interest.
For example, the agency for years has considered requests from building owners to waive handicapped-access requirements in certain circumstances, and grants most of the waivers it sees. Yet, the agency is also charged with representing people who encounter difficulties over access to those same buildings.
The "entanglement with state responsibilities and state hiring and staffing structures undermines" the agency's ability to meet the federal advocacy mandates, the audit said. "The lack of structural safeguards [against political interference] limits its real and perceived abilities to pursue remedies of rights violations..."
READ MORE:
http://www.courant.com/news/connecticut/hc-disability-advocacy-conflicts--0409-20160408-story.html


Posted by Catharine Sloper at 11:26 AM No comments:

THE HARTFORD COURANT REPORTS THAT TWO DCF MANAGERS HAVE BEEN FIRED FOR LEAVING TWO YOUNG CHILDREN IN THE CARE OF FOSTER PARENTS KNOWN FOR ABUSING CHILDREN!

JOSH KOVNER OF THE HARTFORD COURANT REPORTS AS FOLLOWS:
"Two managers for the Department of Children and Families have been fired for failing to remove two young children placed with a couple in Plainfield – a husband convicted in the 1990s of raping a child, and a wife who was on the child-abuse registry for a previous DCF case.
Managers Leslie Roy and Linda Lukin, who worked in the Willimantic regional office, were fired Monday, according to records obtained Tuesday by The Courant. Discipline is pending against a third DCF employee in the Willimantic office, state sources said.
Despite receiving a complaint on DCF's child-abuse hotline last spring from someone concerned about the safety of the two children, and then learning about the Plainfield couple's background, caseworkers never removed the children. Four months went by before the director of the regional DCF office learned of the situation and had the two children — a 1-year-old and an infant — taken out of the home, DCF officials said. The children were not harmed.
The Plainfield couple had been seeking guardianship of the children, apparently because of abuse or neglect on the part of the children's biological parents..."
READ MORE:
http://www.courant.com/news/connecticut/hc-dcf-firings-willimantic-0406-20160405-story.html