ELIZABETH A. RICHTER TESTIMONY TO THE CT JUDICIARY COMMITTEE ON BILL #505! 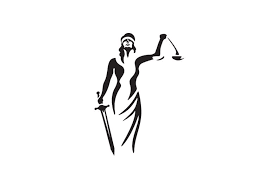 While I support the intent of Bill #505 in terms of cutting back on inappropriate judicial activism--i.e. taking on the role of the legislature in creating law--I have serious concerns about Section 3 (a) of the bill as follows:

Unfortunately, on the superior court level, because there is a widespread failure to obey the Rules of Evidence or The Practice Book, incorrect facts end up in the record all the time, particularly when it comes to litigants with disabilities or with self represented parties.  Unless protocols were put into place on the superior court level to safeguard litigants' right to correct any errors of fact that enter into the record, the inability to appeal decisions made based upon factual error would lead to injustice in a great many cases, particularly in regard to the most vulnerable. Therefore, I would either rewrite this section to address the concerns I've raised or simply vote down this bill.

Thank you very much for your time and attention to this matter and your careful consideration of the concerns that I've raised.