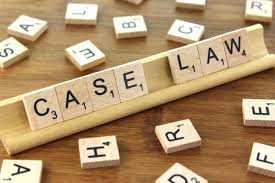 If you are going to court to complain about coercion and duress, you will find very few Connecticut cases with which to go to Court and argue your position. However, there is one case that the majority of individuals cite in a case of duress and coercion. It is Jenks v. Jenks.

Ok. So this is what happened. In this case, the marriage between the parties was dissolved and within the four months grace period, the defendant moved to reopen the judgment based upon the grounds that she had been under extreme emotional distress and duress when she agreed to it. The trial court agreed to reopen the case, modified the division of property and awarded the defendant nine years of alimony.

The Plaintiff appealed the judgment and the appeals court ruled in his favor. The appeals court decided that there was an insufficient nexus between the Plaintiff's alleged coercion and duress and the Defendant's decision to agree to the judgment, i.e. there was "no evidence of any duress remotely contemporaneous with the execution of the stipulated agreement".

The Defendant then took her case to the Supreme Court which reinstated the judgment of the trial court. The Supreme Court determined that it was clear that the Plaintiff had abused the Defendant throughout the marriage and also that the testimony of witnesses and experts indicated a direct connection between the Plaintiff's abusive behavior and Defendant's agreement to a stipulated judgment that wasn't favorable to her.

You'd think that over the years there would be tons of cases like this, but it says a great deal about what is going on in Connecticut Family Court that we only have one. If you are interested in knowing Mrs. Jenks attorney, it was Steven H. Levy, Esq. of Torrington. If you are interested in consulting with him, you can look him up online or call him at: 860-866-4637. You gotta hand it to the guy. He must have done something right!
Posted by Catharine Sloper at 9:30 PM No comments:

Somewhere, somehow in the deep, dark, depths of the judicial library system there was a man, a great librarian named Mr. Lawrence Cheeseman. Mr. Cheeseman is currently retired, which is a great shame, because Mr. Cheeseman has got to be the most informed man in Connecticut today, at least as far as Connecticut law is concerned.

Mr. Cheeseman's great contribution to our lives is the compilation of numerous cheatsheets which essentially outline basic aspects of the law including landmark cases so we uninitiated pro se (self represented) parties can figure out the law and catch up relatively quickly to our highly educated J.D.s and begin to speak their language.

These documents are available on the judicial website and are called PATHFINDERS and boy, you will not find anything better than these anywhere when you need help with your case. The URL to find the complete list of pathfinders is as follows:

To be honest, this is probably the most useful blog that I will ever post on this website. At this point, I've peaked and everything will go downhill from now on...no, no, no...just joking. But honestly, all of us need to thank Mr. Cheeseman wherever he is, whatever he is doing, God bless you, have a wonderful retirement, and Gov. Rell, please send this man more retirement money so he can enjoy the reward he so richly deserves!
Posted by Catharine Sloper at 4:42 AM 3 comments: