DID "THE HARTFORD COURANT" AND OTHER CT MEDIA OUTLETS ACCEPT LARGE SUMS OF MONEY TO SILENCE CT JUDICIAL BRANCH CRITICS? 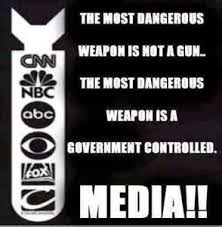 In May 9, 2018's Op-Ed "Legislature Fails Judge Subjected To Abuse" by Kevin Rennie, a long time "Hartford Courant" opinion leader, we could get the idea that the Family Court Reform movement here in CT is full of anti-semites and wackos. However, this simply makes no sense considering that a good many of the victims of Family Court injustice are either Jewish themselves or of Jewish origin. My own grandfather was incarcerated in the Marienkirche  Concentration Camp in Berlin, Germany. Further, Judge Jane B. Emons was not subjected to abuse. Judge Emons competence was called into question when numerous litigants reported that she had violated the judicial code of ethics.

Read more »
Posted by Catharine Sloper at 5:29 AM 1 comment: