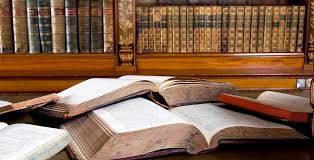 PAGE 42-43 SUGGESTED PRACTICE BOOK REVISION-THIS WOULD BE ADDED TO SECTION 25-60 ON FAMILY COURT PRACTICE AND POTENTIALLY RESTRICT LITIGANTS' ACCESS TO VITAL INFORMATION NECESSARY TO ARGUE THEIR CASES!  SEE BELOW THE SUGGESTED ADDITION:


(e) Any information or copies of the file disclosed pursuant to this section shall not be further disclosed unless otherwise ordered by the judicial authority or as otherwise authorized in this section."

THE CT JUDICIAL BRANCH'S COMMENTARY ON THIS SECTION'S INCLUSION:

COMMENTARY: The changes to this section clarify what information from Family Services files compiled in connection with the reports, evaluations and studies under this section are subject to inspection and copying and by whom, to whom those copies can be provided, and for what purpose can they be requested. The changes also provide that any information or copies disclosed may not be further disclosed except as otherwise ordered or authorized.*

*In other words you can be subjected to endless, unnecessary obstruction to your access to vital evidence in your case.  While issues of confidentiality regarding certain documents is important, I think the wording of this revision is so careless it could end up restricting family court litigants from accessing important information they need for their own cases.  If the purpose of this revision is to safeguard confidentiality, it must be rewritten to ensure that it does not inadvertently end up cutting off the parties themselves from being able to review important documents in their cases.  As it looks now, the way this revision is worded, the latter could very easily happen.
Posted by Catharine Sloper at 1:40 PM 6 comments:

If you are interested in obtaining an insight into the mission and goals of the CT Judicial Branch, please click on the link below:


http://www.jud.ct.gov/Publications/es191.pdf
Posted by Catharine Sloper at 7:33 PM No comments:


As I postscript, I will say that in the last year when I've gone to Court there has been a distinct improvement in general friendliness and the willingness to be helpful.  You know that thing where you ask if they have a stapler, and the clerks say "Go find one yourself!"--that has gone!  I was actually quite touched in one situation where a marshall asked me whether I'd filed that paper that goes to the Court clerk to indicate I'm ready to go before the judge.  And when I hesitated he told me how to get it and submit it.  So, ok, there are some improvements there.  But let's not get over excited here.  There is still a long way to go.


For more information on this program, see the link below: