THE HATE FATHERS GIVE!

By Elizabeth A. Richter 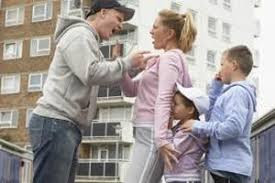 I have spent a considerable time now in the family court reform movement here in the State of CT and around the country.  What I find notable in the movement is the considerable divide between how father's behave and how mother's behave.

Overall, mothers are generally challenging but open to discussion.  They are even kind and sympathetic to fathers, many of whom will engage with mothers and tell them their stories about how they've been oppressed.

In contrast, fathers will be all sympathetic and sweet to mothers who agree to their father supremacist agenda.  However, should Moms not agree with them, fathers are very aggressive towards mothers and try to denigrate their stories of oppression, and deny the existence of abuse.

Father's rights people require that you agree to their agenda, or else they become extremely hate filled and abusive.

As an example of this, I thought I would share on this blog the kind of hate filled comments that father's rights people have directed towards me on Facebook.

Now, I should acknowledge that I am a pretty straightforward individual.  There are many times when I've posted outright statements on my Facebook page that other people do not agree with. Most people enjoy challenging me on my opinions and exchanging views with me, and I usually enjoy that experience and learn a lot from doing so.  This is not true of father's rights people.  As you will see from the screen shots of the hate filled messages I've received, the level of malignant hatred among fathers rights towards Moms like me who don't immediately agree with them is extraordinary.

Here are some comments father's rights people made suggesting that I kill myself.

Aside from the many texts sent to me suggesting I kill myself, there were a deluge of comments using the word "cunt" and "bitch" both public and private, and using quite violent imagery.  I would say I received well over a hundred of these remarks and I really couldn't keep up with the private messages I received so I just ignored them.  This kind of hate filled rhetoric is standard online towards advocates like me who are trying to speak up for Moms.

Keep in mind as you read these comments that these are the fathers who are given preference in family court simply by virtue of being fathers.  These are the kinds of men who have been able to seize custody from good Moms using hate filled, psychopathic methods of legal assault with the collusion of an only too willing family court system. Now, I would not say that all Dads are like this--absolutely not. Many fathers are good fathers who work to benefit their children post divorce.Unfortunately, the father's rights movement has bred a level of malignant hatred towards mothers in their advocates which has garnered them the designation of being a hate movement.

Again, as I said, these comments go on and on.  I received dozens of these remarks simply because I tried to open a dialogue to discuss some of the more challenging aspects of child custody. I am posting these examples because it is important not to delude yourself when it comes to advocacy for family court reform when it comes to men. The hate that fathers feel, their fury that women are asking for their rights, their indignation that women will no longer accept being punching bags either verbally or physically appears to be boundless.  Be warned.

While father's rights folks talk equality, the reality is that the last thing on earth they want is equality. The legislation they push, their agendas, the outcomes of their strategies show very concrete evidence of this fact.

Posted by Catharine Sloper at 6:14 PM 7 comments: Links to this post