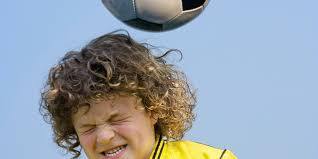 There are two things that happened to me recently which set off an important chain of thought.  The first is that I was contacted by a person I'd met in the course of writing my blog.  She told me that when her children are at their father's home he is often drunk and violent towards them.  Unfortunately, there is nothing she can do because, in her divorce, she was designated the bad parent and had to go through multiple hoops to retain custody.

The testimony of the children, the documentary evidence of the father's abuse didn't matter.  What mattered was that the court had decided to favor the abuser who was again the father, and the mother was left in a position where she could do little to protect her children.

The second situation is that a close friend of one of my children committed suicide.  This friend was in his or her early 20s, just graduated from College practically.  I don't want to provide identifying details regarding who this person is just for reasons of privacy and respect. However, what I did want to say is that doctors suspect that the reason why this person committed suicide had to do with sports related injuries which led to serious depression. I then asked my child if she had sustained similar type injuries and she said "yes", in fact she had.

Her response completely shocked me because it never occurred to me that she'd gone through this without my knowing.  Apparently, because my child didn't want to trouble me with information about a situation she knew I couldn't protect her from given the ongoing indifference of family court, she decided not to tell me. The concussions my child was newly reporting to me were over and above the other injuries I knew about, i.e. two broken shoulders, two broken noses, and irreversible nerve damage.

Some of these injuries occurred because my ex husband failed to provide my child with the kind of proper equipment that is essential when you play the kind of sports my child played.  I only found this out when other parents pulled me aside during games to ask me what was going on and why didn't my child have the proper gear.  Unfortunately, unlike my ex, who is highly sports oriented, I was unfamiliar with what was necessary. Thankfully, once these concerned parents had clued me in, I was able to stay on top of the problem.  But not before the damage had been done.

Another reason these injuries occurred is simply because my child was a very slight and fragile young person who should not have been engaged in these kinds of activities because he simply didn't have the necessary bulk to participate safely.

However, when I brought these issues up with my own attorney and with the guardian ad litem in my case, they made light of my concerns and laughed them off.  The guardian ad litem sneered and made comments that led me to believe that he thought I was bringing up my safety concerns regarding my child's sports activities simply as a means to get an edge in the custody battle.  My own attorney went on about how team sports would toughen my kid up and prepare her properly for the cruel world she'd face in the years to come.

Even though I repeatedly brought to the attention of my attorney and the GAL medical reports indicating that my child was sustaining more injuries than was healthy at his age, they both dismissed and mocked my concerns.  What gets me even now is that it wasn't the opposing attorney who amused himself at my expense and that of my child, it was my own attorney. This tells you how difficult it can be for protective mothers.

As mothers, we are well aware that our children are being injured in ways that will affect them for their entire lives and yet the family court system and its associated attorneys make light of the situation and act like mothers who express their worry must have Munchausen's by Proxy, or something similar.

In fact, as a consequence of the fact that I expressed such concern regarding my child's well being related to her sports activities, the GAL and the attorneys in my case insisted upon including an additional provision in our parenting agreement specifically giving my ex husband sole authority when it came to signing my child up for sports. This gave my ex permanent free rein to expose my child to potentially life threatening conditions within the sports arena.

I have already spoken about this problem in a previous blog on this website which I entitled "The Kids Are Not All Right." What I am writing about now is just a reaffirmation of the ongoing existence of this problem.

I am also saying that little did I know that the problem was much more severe than I had earlier thought.

As mothers, when we hand our children over to their fathers for parenting time, we simply have to trust that father's behavior will be responsible.  What can you do about what you don't know about because you aren't there? In my situation, my child was sustaining even more severe injuries than I knew about in his father's care.  As I said earlier, it is only now that my child feels free enough to tell me about the concussions and the nerve damage he endured. Those injuries are for life.

The loss of a friend through suicide is also an injury for life.  This is a friend my child grew up with from Kindergarten.

That friend who died was also a child of divorce.  I can only hope that my child will not end up the same way, but there is no guarantee.

Bottom line, however, is we have a family court system that is thoroughly irresponsible about the way in which they are handling the physical and psychological health of our children. In its rush to whitewash the behavior of fathers merely because they are fathers, particularly the abusive ones, they have put at risk thousands of children, placing them in situations that are completely unacceptable, and then demonizing their mothers who try to protect them.

I continue to be appalled by the fact that the media doesn't report on this situation, that our representatives haven't addressed this issue about which they were well informed in 2014, and that our CT Judicial Branch continues to stonewall any attempt to hold them to account regarding how it treats vulnerable children.  This situation is and remains a disgrace.
Posted by Catharine Sloper at 8:59 PM 2 comments: Links to this post