THE RELIGIOUS RIGHT'S WAR AGAINST WOMEN IN FAMILY COURT! 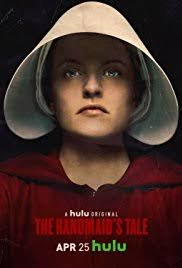 In recent decades, claiming that fathers are endangered, and claiming to defend family values as embodied in The Natural Family, the religious right have attacked and sought to reverse the civil rights gains of the feminist movement of the 1970s. These groups blame feminism for the rising divorce rate, the plethora of single family households, and many social ills such as crime, poverty, mental illness and homelessness.  In doing so, they deny the existence of racism and the role of economic injustice.

The Conservative right have waged a crafty, well financed, and highly organized war against women throughout America using Family Court as a backdrop.  This war has been documented partially in the book "Backlash" by Susan Fahludi published in 1991.

The primary method Conservative politicians and the Evangelical right have used to attack women is by creating a false narrative of father absence, claiming that it has led to many social ills which require remedial action on behalf of men.  This is a complete lie.

For an example of their ideology, just look at the May 11, 2010 Multi-Agency Memorandum of Agreement for the State of Connecticut.  In the preamble, this document lists a broad range of areas in which the authors claim that fatherlessness has caused the breakdown of American society.  Has any of this been proven? No. These claims are based upon a body flawed, misleading, if not outright fake research which was created by right wing think tanks.  This is the right wing's tried and true approach to manipulating the public dialogue with fake research.  For an example of how this was done in an attempt to deny homosexual couples the right to parent, see The Regulus Study, funded by and conducted by the religious right wing.

While there may be a correllation between fatherlessness and social problems, this is far from showing evidence of cause and effect. What we do know is that the primary factor in outcomes for young people is financial stability, not fatherlessness.  Nonetheless, the State of Connecticut has used these detailed and unproven conclusions regarding father absence to justify treating fathers preferentially when providing services, despite Connecticut statutes that clearly prohibit gender discrimination.

This is how easily such ideas have penetrated into the mainstream.

Added to this, Conservatives have decried the demise of the patriarchal ideal of The Natural Family. In a 2016 article entitled, "The Family Courts Are Killing Our Children", right wing politician, Dr. Mario Jimenez, stated that the loss of The Natural Family is also responsible for the high rate of both homicide and suicide in American society.  What they really want to do is restrict divorce and trap women in abusive marriages.

So what is this "Natural Family" that he is referring to?  According to Allan Carlson and Paul Mero, authors of the book "The Natural Family" (2005), the term properly refers to "the natural arrangement of husband and wife, plus their offspring, as the most identifiable and important family unit for protection, nurture, and social stability." By natural arrangement, what they mean is the father is the head of the family and has sole authority. Within The Natural Family "the conjugal bond built on fidelity, mutual duty, and respect allow [their members] to fulfill their potential as human beings."  In short, "The Natural Family is the first and fundamental unit of human society."  Most of all, it is biblical and, according to right wing evangelicals, God has endorsed it, and therefore government should insist upon it for the welfare of all.

In an attempt to restore The Natural Family, to restore fathers to their positions as heads of households, and to restore the patriarchy to its status of privilege, Conservatives have pushed an agenda to support fathers within Family Court so that they have greater access to their children, frequently replacing and eliminating Mothers.  Sure, go ahead and assert your civil rights if you wish, Conservatives appear to be saying.  Fight back against domestic violence, and leave marriages with abusers, but if you do so, you will risk the possibility that you will lose all access to your children and end up penniless and homeless.  This phenomenon was carefully documented and exposed in Phylis Chesler's book, "Mothers on Trial:  The Battle For Children and Custody" (1986) and the situation has only continued on to get worse.

It would be foolish to underestimate the extent of the misogyny behind the Christian right's movement to restore The Natural Family. Essentially, the religious right wants an end to birth control, and an increase in large families with accompanying homeschooling. They look back fondly on pre-industrial society and look forward to restoring a kind of agrarian idyll centered around large families.  In the words of one writer, The Natural Family flourishes best in "the small home economy which should act as the vital center of daily economy." The very idea of The Natural Family is closely allied with the quiverful movement to which the Duggar Family belong, which is famous for being in TLC's reality show "Nineteen and Counting." If these religious conservatives had their way, women would end up being walking baby factories just like Michelle Duggar.

Central to the success of this vision of family life is the idea that women should stop earning a living outside the home and go back to being housewives, leaving their men to support the family.  The movement opposes equal pay for equal work, and they oppose the market wage, i.e. a wage determined by the market, and support giving men a living wage, i.e. sufficient salary which a man can use to support a wife, and one presumes his very large brood of children.  One such article entitled, "The Death of Our Family Wage Culture" by Dusty Gates quotes both Pope Pius and Pope John Paul II as stating that pushing mothers to leave their household duties in order to engage in work outside the home is a form of abuse.

Who are the enemies of this brave new, or rather old, view of the world, or this reenvisioning of the patriarchy for the modern world?  The Gay Rights Movement, The Pro-Choice Movement, Advocates for Contraception, Advocates for Sex Education, Children's Rights Advocates, Industrialism, No-fault divorce,  Sexual Liberation, Secularists, Intellectuals and Scholars, i.e. anyone with brains, Liberals, and most particularly relevant in connection to this blog, Feminists.

In fact, in her four part series on homophobia in Russia, Amanda Blue Keating of "Right Wing Watch" reports that in 2013, through the World Congress of Families, these Christian Evangelical right groups developed a major political network throughout Russia and were directly involved, along with France, in passing anti LGBT legislation that, among other things, criminalized advocacy for LGBT equality. Apparently, the Christian right views Russia as the last bastion of defense in preserving the rights of the family

All of this is the brain child of the religious right, and all of the money and effort involved is poured into programs whose fundamental intention is to destroy Women's Liberation which they consider inimical to Christianity and Western Civilization.  How are they going to destroy Women's Liberation? By seizing control of children and making it clear that if women don't learn their place, they will never see them again.

Still, the plot goes deeper.  According to Amanda Blue, when the Russian, Konstantin Malofeev spoke at the 2012 World Congress of Families, he held out Russia as the model for the world saying, "Now Christian Russia can help liberate the West from the new liberal anti-Christian, totalitarianism of political correctness, gender ideology, mass-media censorship and neo-Marxist dogma."  Is it surprising, then, that they showed up in the 2016 elections to put Donald Trump in power to promote just that agenda!

While I was pursing this project, I wrote down the names of the organizations that make up this Conservative, Religious movement, and I will list them below. The majority of them are members of the World Congress of Families. It is by no means a complete list, but it gives you a sense of how extensive it is.

THE CREATION OF THE MYTH OF BLACK FATHERLESSNESS!

Posted by Catharine Sloper at 10:10 AM No comments: Links to this post