THE CT JUDICIAL BRANCH DROPS A TON OF BRICKS ON JANE DOE'S HEAD. FAIR? UNFAIR? YOU TELL ME! 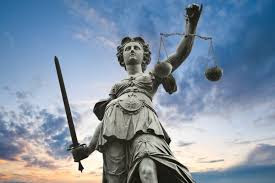 On March 16, 2017, Ms. Jane Doe, the mother of five children, was sentenced to 1 year in jail, execution suspended after 30 days, plus 3 years probation in addition to $1,500.00 in fines.  Her crime? Custodial Interference.  Yesterday, she was again on trial for another charge of custodial interference. I am not sure what the outcome of that trial has been.

In each of these cases, as I understand it, Jane Doe brought her 12 year old daughter to her home when the child was not supposed to be in her care at the time.  Instead, the child was scheduled be with the father who has primary custody of their minor children.  Thus, the charge of custodial interference.  An OLR (Office of Legislative Research) report of November 24, 2008, describes Custodial Interference as follows:

From the description of what took place in the newspaper, this is what occurred.

I am not really prepared, at this time, to take a position on whether Ms. Doe should or should not have taken custody of her daughter, but what I do want to talk about is how her ex, Mr. John Doe, was so lucky to have law enforcement and the state court system respond to his complaints with such alacrity.

How did that happen?

During the course of my divorce, my ex husband was regularly in contempt of the automatic orders, and he was never sanctioned for that, even though I brought this to the attention of the Court repeatedly.

I had exclusive use of the house, and when I was gone on a trip, my ex husband tried to push his way into the house even though a friend of mine stood at the door to stop him.  When this situation came to the attention of our custody evaluator, I was the one who ended up being blamed.  "What was the big deal about having him come in to pick up the T-shirt he was looking for?"  I'll tell you what the problem was.  I had a court order prohibiting him from doing so.  Duh!

For the first year of my divorce, like so many divorcing couples, my ex husband had complete access to the marital home.  This meant that my ex literally emptied our house of all our belongings.

He took furniture, mattresses, pictures, computers, my daughter's karate equipment--anything that wasn't nailed down, he took.  When anyone came to my house, i.e. the GAL, it was literally empty because my ex had taken everything.  Consequences to my ex-husband for this outright thievery?  Nothing.

At first I tried to get my attorney to do something about it, but other than writing protesting letters at my expense to the opposing attorney, he did nothing.  The other thing I tried to do was report my ex to the local police department.  When I did so, I was told what pretty much every other person in a divorce gets told when it comes to legal violations in a family court situation, i.e. "This is a civil matter.  Law Enforcement will not intervene in regard to civil matters.  They will only take action if it is a criminal matter."

This happened several times in my case.

I had a very similar situation occur in my case to what occurred with Jane doe.  More than one time, my ex took custody of my children and then refused to return them at the agreed upon time.  This meant I had to take police officers with me to assist me in picking up my children. Still, I was never allowed to file criminal charges.

So what I want to know is, how the heck, when for all those years my ex got away with it, and I was told this was a civil matter and not a criminal matter, now in this special case with Lori, she has been charged criminally.

I mean, it isn't as though custodial interference is a new charge.

As family court litigants, we have all been well aware of that particular criminal charge, and I'm sure lots of us have tried to use it.  However, the police and the court system would never allow us to.

Right now, I am aware there are CT citizens, family court activists, who are up at the CT State Legislature asking for bills to be enacted to punish parents who interfere in the right of the other parent to have access to their children during their scheduled parenting time.

Because in Connecticut, there doesn't appear to be any recourse for the offended parent when one parent withholds the children from the other parent in violation of a court order!  But all of a sudden in the middle of this do nothing policy which has caused so many parents heartbreak, Mr. Doe gets a lucky break?

We'd all like to know how he did it!

This is my problem overall with the way in which the Connecticut Family Court System handles cases here in CT.  The judges and attorneys seem to invent the law as they go along.

To people like me they say, the police are not allowed to intervene in civil court matters.

But if Mr. John Doe is concerned, oh go right ahead!  Let's just impose the full might of the criminal justice system on Lori Thaner because Mr. Doe is so very special.

Maybe there is something I don't know about this case that would clarify this discrepancy, but meanwhile, I'm feeling pretty angry about it.

The other issue, I consider pressing in regard to Jane Doe is the common sense of incarcerating a parent so that she is at risk of losing her job, becoming unemployable and ending up an economic burden to the State of Connecticut and the taxpayers.  How sensible is that?

Furthermore, what is John Doe going to tell their children?  "Daddy put Mommy in jail today! Whoopee!"  I am just not seeing that as a good outcome, not for Jane and definitely not for the children.

There has to be a better way, and I'm sure the CT Judicial Branch could find one if it tried.  But the Branch is too focused on defending its power and privilege, and what many perceive as its financial racketeering at the expense of family court victims, to be bothered.
Posted by Catharine Sloper at 10:35 PM