CT NEWS JUNKIE REPORTS 222 PEOPLE KILLED IN THE LAST 16 YEARS AS A RESULT OF DOMESTIC VIOLENCE! 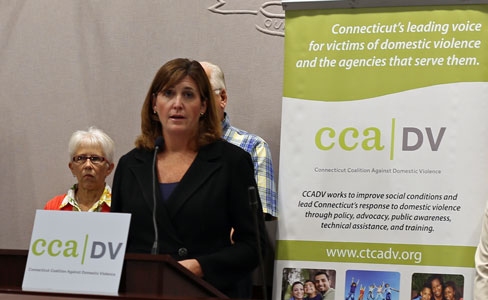 Cara Rosner of CT News Junkie reports as follows:
Statewide, 222 people have been killed and 3,600 have suffered serious injuries as the result of domestic violence since 2000, according to a report released today.
Of the deaths caused by violence from an intimate partner, most - 190 of them - were women, according to the Connecticut Coalition Against Domestic Violence. An average of 14 intimate partner homicides occur each year in the state, according to the advocacy organization.
The group reviews intimate partner fatalities and near-fatalities to assess Connecticut’s response to domestic violence and this morning released its 2015-2016 findings.
The good news is that domestic partner homicides dropped to 8 in 2015, but so far in 2016 that number has climbed back up to nine.
At press conference to talk about the results, the group’s CEO Karen Jarmoc said “I don’t think we can say yet whether there’s going to be a decrease. We are grateful for that decrease last year..."
READ MORE: