I FLUNKED A LIE DETECTOR TEST! 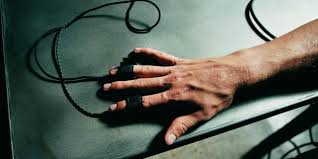 Introductory Note:  I wrote this blog several years ago, and since that time my perspective on what happened during this lie detector test has changed considerably.  A few years ago the name of this same professional who gave me the lie detector test came up in another case.  I happened to know that the person who took the test was guilty, yet he passed the test.  This has led me to believe that it is possible, not certain, but possible, that the guy who gave the test is an insider in the Family Court system and has been manipulating the test results.  After all, I don't believe anyone is looking over this guy's shoulder and checking to see his results are accurate.  I don't believe there are any controls on these kinds of professionals.  With that in mind, I leave you to proceed with reading this article.
_________________

In my court case, I do things, not just because it is necessary, but simply because I am thinking of you, my blog audience, and I want to try something out to see what happens so I can report back to you about what it was like.  This happened to me recently when I made the decision to personally go and take a polygraph test myself.

I probably shouldn't have done it because it was one of the most really unpleasant experiences of my life, and, as I have indicated in the title of this blog, I flunked the test.  I'm not sure why except that my life has been such that I have often been falsely accused and the emotional repercussions for me of such accusations is really, truly absolutely traumatic.  My emotional reaction is so powerful and so severe that I even registered as a liar on the polygraph test!

What I did was set up a polygraph examination in my local area.  The way I thought it would go was I thought I would be answering several questions regarding a number of areas.  However, what happened is that when I spoke to the polygraph examiner, he sorted through the questions I had and narrowed it down to a single question that would require a simple "yes" or "no" answer.  It had to do with the question of whether I had stolen something.  This was a question that I didn't have to get an answer to for my case, but it would have been great if I did.  And, of course, I hadn't told anyone that I was going to get this test so there were to be no repercussions if the results were detrimental to me.  I could just sweep it under the rug.

I made an appointment for the following week for me to come in. That morning I knew I had made a mistake.  In anticipation of the test, I felt like an emotional wreck.  I was bad tempered and I felt as though my blood pressure was bouncing off the charts.  I also had this sense of fear and vulnerability that I get when I think someone is going to find out something private and personal about me, even though my question was not a personal question at all.  I guess there is something about a test that can tell whether you are or are not telling a lie that somehow encroaches across your personal boundaries and makes you feel uncomfortable.

Uncomfortable.  I certainly felt that on the the morning of the test. I first met with the examiner in his office. He was a retired police officer with a rough, gravelly voice and a fairly large presence.  His office appeared like that of a lawyer with oriental rugs, heavy leather furniture and volumes of law books on the shelves.

Once I had signed the release forms and provided any additional information he required, we went into the examining room.  It was pretty much bare and had only a steel desk with a computer and a large chair with wires attached.

Then the examiner asked me a few questions, one of which was if I had ever stolen anything in my life.  Immediately, since I am a very traumatized person, I felt my brain flinch and then, of course, my guilty, guilty traumatized self began to think of all the various ways I might have stolen in my life time starting from when I was a child and stole some tootsie rolls from a department store.  I even began to think I should invent a few incidents just in case I missed some.  I felt sick to my stomach and nauseous and I felt like if only I could just stop this test and leave I would absolutely do it.  However, seeing as I'd paid good money and spent a considerable amount of my time getting there I decided I would stick it through.

Then the examiner attached wires around my waist and draped some additional ones around my neck and began to ask a series of questions which I answered honestly to the best of my ability.  The two questions, had I ever stolen in my life, and had I stolen the particular item I was accused of stealing, appeared repeatedly in his series of questions.

In asking these questions and checking the results on his computer, the examiner was very slow and deliberate and did not make any sudden moves or speak in any way to disrupt me.  And as I answered I blanked out my mind as best as I could and counted the tiles on the ceiling since there was not much else to look at in the room.  We stopped, I took a break, and the examiner repeated the test again.

I was getting increasingly nervous over and above how nervous I already was.  Was it standard to take the test a second time?  My friend was waiting for me in the lobby and a considerable amount of time had passed by.

The examiner also showed me the dips and peaks of the graph and explained where I had been asked the questions and what my response had been to indicate a problem.  It all appeared very credible, except....except....except, well, I was innocent.  I wasn't lying.  So how could these test results indicate the opposite, or indicate inconclusive results?

One hint is that the examiner said, most of the innocent people who come in here are sure of the results in advance and they walk off happy to be exonerated.  In contrast, even if I am innocent, because I've been abused and battered emotionally over the years, I feel guilty simply by virtue of being charged with wrongdoing.

Another hint could simply be my unpredictable blood pressure which responds to any kind of pressure with rapid fluctuations and variations.  In fact, the examiner said to me you really should be concerned by the irregular heartbeats I picked up on my machine.  Make sure you see a cardiologist at some future point.

The worst part was when the examiner came out and reported the results to my friend.  Of course, at the time the incident occurred, my friend was with me and personally saw that I was innocent.  However, trust me, that didn't make me feel any better.

Of course, that is not a new position for me to be in.  In other tests, I've ended up in unusual categories many times before in my lifetime.  Nonetheless, even though I was prepared for it and had experienced it before, I still felt like crying, I still felt the unfairness of it all and I was depressed about it for the rest of the week.  Yes, the examiner did offer to give me another kind of lie detector test so as to give me another try, but I was too disheartened to follow through on his offer.

But there is an important lesson to be learned from this for all of you in high conflict divorce situations with an abuser...a very serious caution.  If you are considering a lie detector test in your case, or have been asked to take one, make sure you take the test and get your results and be sure they benefit you before you tell the opposing side you have any intention of taking such a test.  And think, if a test like this can come up with a false positive, it can come up with a false negative too.
Posted by Catharine Sloper at 11:23 AM