POOR RICHARD DABATE: THERE WERE EASIER WAYS TO GO! 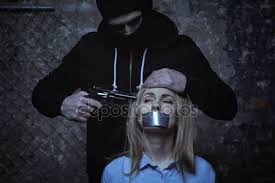 Today, I was at Barnes and Noble ordering my usual cup of tea when I noticed that the two female baristas serving me both wore fit bits. When I commented on the fit bits and made a link from the high tech gadgets to the Connie Dabate case, each one flashed their fit bit at me and announced, "best investment I ever made."

In a sense now, wearing a fit bit is becoming somewhat of a radical statement, i.e. One: I'm going to be the fittest woman out there, just watch me with my fitbit, and Two: If you try and kill me and lie afterwards, you're going to be in a whole heck of a lot of trouble.

This is, I guess, what Richard Dabate should have thought of before he killed his wife.

Seriously, guys, what was he thinking of?

Doesn't he realize that there is surveillance on everything?  Walk out the front door to get your very pathetic remnant of a state paper, i.e. The Hartford Courant, and you can be sure someone is videotaping you, and if there is a crime scene, you are inadvertently going to be on the screen as the newfangled police investigators try to solve the mystery.

I don't even set foot outside my house at this point without a full set of makeup because you can never tell when you are going to find yourself on stage, or dead as it happens with Connie Dabate!

On a more serious note, guys, didn't Richard Dabate get the memo?

You don't have to kill your wives any longer to have it all.  Men nowadays stuck in marriages they don't want with big bills and annoyingly clingy children don't have to pull out a gun; all you have to do is go to today's father friendly family court.  The judges and attorneys there will happily give you all the family assets, grant you sole custody of the children so you can put them in nanny care well out of your sight, and toss the witch right out on the street where she belongs.

No problem at all!  Showing a bit of oppressively burdened, conscientious wage earner combined with pained descriptions of your life with a mentally ill, parentally alienating, gatekeeping ex wife, should get you everything you want or need.

Plus, you can have her paying child support to you, or delightfully, if she is too broken to pay it, you can probably even get her stuck in jail--well, maybe not for very long, but at least for a few days, and that's worth it, huh guys!

Didn't this fellow Richard Dabate read the free ebook "Screw the Bitch!" online?  Where has he been?  Living under rock?

Anyway, for those of you who do not know, Richard Dabate has been charged with killing his wife, Connie Debate two days before Christmas in 2015.  Apparently, he staged an elaborate scene, and claimed a masked man broke into the house, shot his wife in the back of the head and abdomen, and then tied him up.

All I can say is, at least he didn't say the masked man was black.  Thank God for small blessings!

Later, police mined Conne Dabate's fit bit data and determined that Mr. Dabate's timeline for the crime didn't add up and there was no sign of an assailant.  Dogs let loose to follow the scent of any intruder ended up running right back to Richard.

Even more suspicious, it turns out that Richard Dabate had been dating another woman behind his wife's back and that woman was pregnant with his child.

Even worse, Mr. Dabate had pocketed around $93,000 of his wife's money before her death, and then after her death he tried to collect $475,000 from her life insurance policy.  The company declined to hand it over.

What is even more ironic is that after Richard Dabate was arrested, he was required to post a $1 million bail.  In order to make that bail, he had to take more of his dead wife's money to make the bail.

Isn't that ridiculous getting out of jail for murdering your wife using her money to do so?

Am I wrong in saying that if Richard Dabate wasn't a well off middle to upper class white male, he'd be in jail today?

If he were black or hispanic, he'd be in jail?

Ok, perhaps I am wrong.  I've just been exposed to an excessive amount of white male privilege in the last decade so I'm somewhat jaded.

Go ahead, I know you are dying to.  Go to the bottom of this blog to the comment section below and strongly disagree with me, or curse me out regarding this point.  It isn't as though you haven't done it before!

Not much more to say at this point except that, as I understand it, The Hartford Courant reports today that the fact that Richard Dabate murdered the kids' mother does not preclude him from exercising his parental rights.

I mean, God forbid anyone separate a father from his children for any reason, right!  Even murder isn't a bad enough grounds.

Finally, since I'm on a roll for being bad tempered and embittered about family court issues, it is my understanding that a probate judge has appointed Attorney Cara Rickert as guardian ad litem for the children.  If so, you'd think she'd rush to court in order to safeguard the children from their murderous father, but apparently not.

Perhaps that could have something to do with the fact that she is fairly incompetent.  See link:

I mean, you'd think that in a case with considerable public scrutiny such as this one the Court would put someone into the position of GAL with a stellar reputation, but guess not.  I am hearing she got the job because she has a very cozy relationship with the judge.

Of course, if I'm wrong, don't hesitate to let me know.

Meanwhile, I hope it crosses her mind to take action to protect the children, since it is her job.

What can I say, just another lovely day in the State of Connecticut, home of the Stepford Wives, dead or otherwise.
Posted by Catharine Sloper at 9:12 PM