THE ROLE OF SOME JEWISH PEOPLE IN FAMILY COURT ABUSE. HOW CULPABLE ARE THEY? 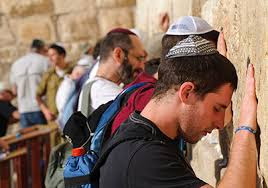 In a recent inquiry, one reader asked the following question, "Elizabeth, why do you promote an anti-semite like Paul Boyne? Your father was a Holocaust survivor. Shame doesn't begin to describe what you should feel." That is a good question for Elizabeth, although Cathy will be the person on behalf of the "Divorce in Connecticut" blog to respond, particularly since she formulated the "bigotry free" policy that is fundamental to this blog.

For one thing, Elizabeth Richter would strongly object to any suggestion that she has promoted anti-semitic writing.  This is simply not true.

Paul Boyne has not been anti-semitic.  What he has done is simply point out the major role that Jewish professionals have played in the corruption and injustice of family court. Pointing out the truth of what is going on, does not constitute anti-semitism.

Moving forward, as this reader points out, it is a well known fact that Elizabeth Richter's father was a holocaust survivor.  However, this tragic past so deeply rooted in the Jewish heritage did not stop any of her Jewish lawyers or the Jewish Judges and mental health professionals in her case from abusing her and mistreating her.

It also did not stop them from stealing, or rather I think the better word would be looting, the holocaust reparations money which her family had received from Germany as compensation for their sufferings. For instance, Attorney Elliot Nuremberg literally stole $25,000 from Elizabeth's family when he represented her during the divorce and then did nothing in return for it. Subsequently, he deliberately went out to slander her reputation and lied to the court about his actions so that he could get away with it. Now he has absconded to New York where he is apparently working as a real estate attorney.

This is just for starters.

As Elizabeth Richter has stated frequently, she incurred $200,000 in fees in order protect her custody of the children.

There are, most unfortunately, and Paul Boyne points this out, as do others who are not being anti-semitic but are just observing, a good, solid chunk of family court professionals committing these crimes in family court who are Jewish.

More than any other group, you would think that people of Jewish origin would be particularly sensitive and aware in the face of the horrific human rights violations that are taking place in family court. Rather than aiding and abetting and participating in these crimes, as they are doing, they should be protesting it. They should put a stop to it, and they have the power to do so, simply in terms of numbers. More than any other group, because of the past history, they have an obligation to oppose and to root out these kinds of criminal actions. Instead they are eagerly joining in and, from how it looks, there are a higher than normal percentage of Jewish people involved.

I also want to point out that not only was Elizabeth's father a victim of the holocaust, for the better part, her father's entire family was wiped out. The two grandparents Elizabeth was named after--Grandma Elizabeth and Grandma Alice--also died in concentration camps. That whole side of the family gone--whole albums full of happy, smiling, alive human beings, gone forever.

This is why the heritage of the concentration camps looms so greatly in Elizabeth's life and imagination.  This is why Elizabeth has devoted the vast majority of her life to the cause of social justice.

Not only did the holocaust, for Elizabeth, occur in her father's generation, it occurred in her own in that many people have equated her experience at Mclean Psychiatric Hospital as being similar to that of being in a concentration camp, and then Elizabeth has drawn a comparison between the holocaust and her own personal experience of family court.

So in three separate ways, Elizabeth has had experience of holocaust.

Yet, she continues to speak out and to protest against those who perpetrate these holocausts.

Every Jewish citizen in the State of Connecticut who lives with the past heritage of the holocaust should be standing up along with her, in fact has a central and fundamental moral obligation to do so.

Every one who styles him or herself a Christian should also be speaking out against the crimes going on against vulnerable parents and children in family court--that goes without saying.

Yet none of these folks are doing anything. Instead, they are sitting are their hands going "Who me?"

This blog has commented on the Christians' lack of action as well. So Paul holds Jewish people to account--Cathy goes after the Christians. Both groups absolutely deserve all the vituperation they are getting.

Just to be clear, for both Jews and Christians, these are the dictates of your God which you profess to believe in as follows:

Proverbs 24:11-12, "Rescue those who are being taken away to death; hold back those who are stumbling to the slaughter. If you say, “Behold, we did not know this,” does not he who weighs the heart perceive it? Does not he who keeps watch over your soul know it, and will he not repay man according to his work?"

Zechariah 7:10, "Do not oppress the widow, the fatherless, the sojourner, or the poor, and let none of you devise evil against another in your heart.”

As I have reported previously on the blog, I am aware that Catholic Charities in CT has regularly been receiving each year $1 million from the CT Judicial Branch.  I am aware that other Catholic Churches have received additional money from the CT Judicial Branch.  It is not surprising, under the circumstances, that to many family court victims, these considerable sums of money given to the Church come across as bribes in exchange for silence.

The holocaust of family court, the injustice, the brutality, the torture of family court victims is happening right before your eyes and all people of faith have an obligation to do something about it. This blog will continue to point this out. If you want to call doing so anti-semitism, or call it hating on Christians, whatever you want to call it--fine. Prove me wrong by stepping up to the plate and fighting family court injustice and caring for its victims. For a religious person this is a fundamental obligation.  So far, I don't see anyone either in Churches or in Synagogues taking that responsibility.

Holding people to account regarding their moral obligations is not the same as being anti-semitic or anti-Christian.

http://divorceinconnecticut.blogspot.com/2016/02/lets-get-honest-ct-judicial-branch.html
Posted by Catharine Sloper at 9:57 AM