For some time now, I have been trying to wrap my head around the involvement of Attorney Bradford Barneys as Attorney for the Minor Child (AMC) in the Stvan v. Stvan case.   As you all may recall, I had written an extensive series of articles about the Stvan case which are located at the following link:


Just to bring you up to speed, in the Stvan case, on September 25, 2015  Ms. Paige Stvan lost custody and any access whatsoever to her 12 year old daughter, despite having been the primary, if not the sole caretaker, up to that point.  This occurred when Judge Gerard Adelman, the judge in the case, improperly allowed Ms. Stvan's attorney to withdraw under conditions which cast a shadow on Ms. Stvan's reputation, making it impossible for her to replace him with another attorney. Judge Adelman also never conducted the evidentiary hearing which is required by law for a such a radical change in custody to occur, one that totally cut Ms. Stvan out of her daughter's life.  So, to cut a long story short, there was considerable injustice in this case.

In recent months, this case has again come up on my radar.  Apparently, on February 17, 2017, Rebecca Lurye of the "CT Law Tribune" reported that Attorney Bradford Barneys had pled guilty in federal court to his involvement in a foreclosure scheme.  According to the story, he "admitted he scammed multiple homeowners who were in, or facing foreclosure by making false promises to buy their homes and pay off their mortgages."  How does a criminal like this end up being the Attorney for the Minor Child in a delicate case such as Stvan v. Stvan? 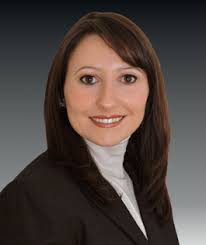 Apparently, Attorney Barneys ended up in the case through the puzzling intervention of a State Representative, Attorney Rosa Rebimbas, who brought Attorney Bradford Barneys into the case despite his criminal background, repeated license suspensions, and clear lack of qualifications for the job.

So let's just take a look at Attorney Rosa Rebimbas and the nature of her involvement.  Here are the issues.  First of all, there is a problem with Attorney Rosa Rebimbas' participating in this case because, as a State Representative, she has an inordinate amount of influence on the outcome, simply because her status can be very intimidating to the parties, particularly an abused protective mother.

Further, as a member of the Judiciary Committee of the CT General Assembly, after the case was over she became a part of the state governmental body responsible for reappointing Judge Gerard Adelman to another term as a Judge of the Superior Court.  So on one day she is appearing before Judge Gerard Adelman as a supplicant, and then on another day she is there exercising her authority over him.  Somehow, I find this a very unsavory example of a conflict of interest, and at the very least, you would have thought that Attorney Rebimbas would have abstained from voting under these circumstances.

Didn't Attorney Rosa Rebimbas have the obligation when she took responsibility for locating an Attorney For the Minor Child to make sure that the person she selected was ethical and capable of doing the job?

For instance, after reviewing Attorney Barney's case list, it appears that he never once, in any case whatsoever, previously worked as either a Guardian Ad Litem or Attorney For the Minor Child.  So he had zero experience in this field.  In fact, it is also not clear to me that he ever legitimately completed the GAL course!  I'd love to know for sure.   Remarkably, his name still remains on the CT Judicial Branch list of approved GALs.

Not only that, a quick look at the notation under Attorney Barneys' juris number on the CT Judicial Branch website indicates that Attorney Bradford Barneys' license was suspended from 2001 to 2010. That's one heck of a long time to have your license suspended!

Next, if you look at Attorney Bradford Barneys' avvo rating--and of course, these are just simple preliminary steps you can take to investigate an attorney's qualifications which can be done in 5-10 minutes--you will see that Attorney Barneys' licenses to practice law were suspended in the District of Columbia, Maryland, and New York, in addition to Connecticut.

The words "totally incompetent" are coming to mind, not only to describe Attorney Rosa Rebimbas' failure to vet Attorney Bradford Barneys in advance of recommending him, and in regard to Attorney Barneys' clear lack of ethics.

Ms. Paige Stvan herself describes some of his incompetence as follows, "He never returned any calls or letters...When he was put in the case in December 2015 until April 2016 he never once visited my daughter.  He never met with me and never went to her home with her father.  He just talked to her on [the] phone.  And charged for reading all my emails...I sent him many emails and messages inviting him to visit me anytime no response."

How is it possible that Attorney Rosa Rebimbas failed not only to screen Attorney Bradford Barneys prior to getting him appointed, but that afterwards she also failed to note his incompetence.

I do believe that by rights steps should be taken to revisit this case in the light of the multiple violations of the law and of common sense that have occurred in it.

As an aside, I also think it worth noting that if anyone had cared to do a google search on Attorney Bradford Barneys prior to his appointment in the Stvan case, articles detailing his involvement in the foreclosure scam would have surfaced at least as of November 16, 2014.  "The Day" had an article on this subject including information on Attorney Barneys just around then. A year later, on November 19, 2015, Mr. Timothy Burke was jailed for his role in this scam while Attorney Bradford Barneys was released on $50,000 bond. Astoundingly, Attorney Barneys was then appointed AMC in the Stvan case a little over a month later on December 23, 2015.

Given what we now know, let us look at the outcome of the mortgage fraud case that Attorney Bradford Barneys was involved in along with con man Timothy W. Burke.  On April 28, 2017 Karin Florin of "The Day" reported that Mr. Burke will be serving 9 years for the combined housing scam and tax evasion charges, 6 of them in jail, and 3 of them on probation.

As we know, Attorney Bradford Barneys was integrally involved in these criminal activities. According to Rebecca Lurye in her February 21, 2017 article in the "CT Law Tribune", "Between 2011 and at least 2014, Barnes participated in dozens of meetings with Burke and homeowners at his law office."

And further, "Barneys pleaded guilty to one count of conspiracy to commit mail and wire fraud, which carried a maximum sentence of 20 years in prison.  Sentencing is scheduled for June 13."

On April 11, 2017, Attorney Bradford Barneys' license was suspended again in Connecticut.  But as for the sentencing held on June 13, 2017, after a hearing of approximately 45 minutes, the hearing was continued and has now been rescheduled for July 13, 2017 at 2:00pm.  We have seen that Burke got 9 years for his malfeasance.  I am assuming Attorney Bradford Barneys will get the equivalent.

Still, what about Attorney Bradford Barneys' infamous role in the Stvan v. Stvan custody switching scheme?  What will be done about that?  Until this issue is addressed, there remains injustice in this case.

UPDATE:  For those who are interested, on July 13, 2017 Attorney Bradford Barneys was sentenced to 2 1/2 years in jail and 3 years of probation.  He will be required to surrender on October 19, 2017.  I am not sure if this will compensate his victims, but at least it is a start.
Posted by Catharine Sloper at 5:50 PM