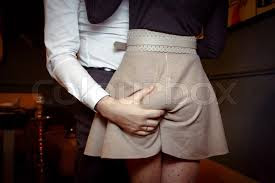 In the wake of all these sex scandals including Bill O'Reilly, Harvey Weinstein, Kevin Spacey, Matt Lauer, Roy Moore, etc. there has been increased scrutiny surrounding powerful men who exploit their positions in order to sexually abuse or assault vulnerable women.

Often, people have asked how come no one spoke up about what was going on even though everyone knew what was happening. One of the reasons why so many men have gotten away with this kind of abusive behavior for years is because some women accepted settlements, signed confidentiality agreements, and simply faded away. This meant the perpetrators were free to abuse other women who were drawn into their orbit.  In connection to Family Court, we may have exactly that kind of situation in connection to well known Family Court psychologist, Dr. Donald Hiebel.

Over two years ago, on November 3, 2014, Attorney Leslie Gold McFadden filed a complaint against psychologist Dr. Donald Hiebel, a major proponent of a quack theory known as Parental Alienation Syndrome (PAS). In this complaint, he was accused of conducting an affair with a female client 30 years his junior, and receiving massages from another female client in exchange for favors in her custody case.


I was absolutely appalled to hear of this situation and so I immediately looked up Dr. Hiebel on the Connecticut Judicial Branch website. When I looked up his name, the November 3, 2014 case didn't appear. It had been erased from the record. I also looked up the divorce case that his wife filed against him and later withdrew. That also had been erased from the record. How does this happen that while the cases of family court litigants get placed on the internet via FindLaw where the public all over the world can read them. But whenever there is attorney wrongdoing, it simply disappears. I think we'd all like to know!


In addition to looking up the case on the CT Judicial website in regard to the Dr. Donald Hiebel sexual abuse case, I also contacted the lawyer for the victims, i.e. Attorney Leslie Gold McPadden. She refused to comment on the case stating tersely in a November 18, 2016 email, "Result was confidential." What this essentially means is that Dr. Donald Heibel, after having faced zero consequences for his abusive and unethical behavior, is free to go out and do it all over again. Dr. Donald Heibel's actions were broadly reported on this website and elsewhere and it is highly improbable that the majority of judges and attorneys are unaware of his unprofessional behavior. Yet he is being recruited on an ongoing basis to take on cases? He is allowed to aquire additional individual patients? How grossly irresponsible is that?


If anyone was wondering what family court reformers are complaining about, this is what we are complaining about. We are complaining about a CT Judicial Branch full of employees who have no problem putting professionals in charge of sensitive family court cases whose moral fiber and criminal behavior is indistinguishable from the Harvey Weinsteins of this world. I also want to point out that I suspect the situation is much worse. I only met with Dr. Donald Hiebel for one session in his West Hartford office and that meeting was sufficient for me to file a complaint that filled an entire one inch notebook. This is the kind of fool who is now working in family court and destroying lives and our Department of Public Health that knows full well about this situation and our legislators who also know since so many people have come to the LOB and testified about what is going on, and yet they sit around on their hands and do nothing.


I do not want to hear any further the boo hoo about sexual assault and sexual abuse from CT Judicial Branch employees, members of the State Legislature and CT State Agencies such as the Department of Public Health when they are so blatantly complicit in allowing it to happen.
__________________

For those who are interested, from this part of the article forward I have included the details of Dr. Donald Heibel's offenses from my prior article on the subject which was published when the news became public in November 2014. See below:

At the time the alleged assaults occurred, Dr. Donald Hiebel was affiliated with Roeder and Polansky Family and Child Associates located in Middletown, CT and he also had a private office in West Hartford. The first client, designated as "Jane Doe" received psychotherapy from Dr. Donald Hiebel from January 21, 2013 until approximately July 9, 2013.

According to the Complaint, from January to July 2013, Dr. Donald Hiebel provided psychotherapy for Jane Doe in order to assist her in obtaining shared custody of her minor son and to help her with emotional and psychological problems. Then in the summer and fall of 2013, Dr. Hiebel and his patient, Jane Doe, began to spend a considerable amount of time together. Allegedly, Dr. Hiebel told Jane Doe that he intended to divorce his wife so he and the client could be together. Allegedly, during that time they had several sexual encounters in Dr. Hiebel's West Hartford office, at Heibel's homes and also other locations.

Further, according to the complaint, Dr. Donald Hiebel advised Jane Doe to break up with her boyfriend at the time who was paying for her apartment, her mental health fees, as well as her attorney fees. Then Dr. Hiebel borrowed $5,000.00 from a friend and used that money to pay all of Jane Doe's living expenses. According to the allegations, this money was funneled through his company, Roeder and Polansky Family and Child Associates checking account and corporate credit card. When Jane Doe considered having therapy with another mental health professional, Dr. Hiebel advised against it.

As a consequence of this alleged inappropriate sexual relationship, Jane Doe claimed in her complaint that she suffered various damages including "shock, mistrust of medical professionals, extreme emotional disturbance, hospitalizations, instability, humiliation, emotional devastations, and extreme emotional disturbance." She also ended up losing custody of her son. As a result, she complained that she would be "forced to expend sums of money for additional custody litigation and medical care."


The allegations against Dr. Hiebel continued on and even more shocking is that Dr. Donald Hiebel's business partner, Dr. Keith Roeder, was alleged to be aware of this relationship and advised Jane Doe to hide relationship from the father of her child. The Complaint alleged further that Dr. Keith Roeder "advised Doe to show the child's father a former apartment rather than her current apartment that she shared with Hiebel." Eventually, in January 2014, when Dr. Hiebel decided to return to his wife, the complaint stated that Jane Doe became extremely upset and was eventually hospitalized.

Dr. Donald Hiebel's wife, Navarre Hiebel, apparently filed for divorce in May 2014, but withdrew the complaint, possibly when it became clear that the affair was truly over.

The Complaint continued on to state that a consultant was hired to evaluate the case records regarding Dr. Donald Hiebel and Jane Doe. This consultant allegedly provided an initial opinion that there "appeared to be multiple gross lapses of professional judgment and standards of care on the part of Dr. Donald Hiebel and his associate, Dr. Keith Roeder" in the conduct of psychotherapy with Jane Doe. This included on Dr. Hiebel's part a lack of proper documentation of Jane Doe's record, concealing the fact that Jane Doe had a history of substance abuse, as well as possibly filing fraudulent reports to the Court in regard to her custody matter.

Another troubling aspect of the relationship Jane Doe reportedly had with Dr. Donald Hiebel is that apparently Jane Doe assisted Dr. Hiebel in his practice typing his reports on other patients, noting down his voicemail messages, as well as other tasks. In fact, during her meeting with the consultant, Jane Doe stated that "she still had a box of records from [Dr. Hiebel's] office in the trunk of her car--including the records of an individual who had sued Dr. Hiebel..."

The Complaint also details a relationship Dr. Donald Hiebel maintained with a second woman, a friend of Jane Doe's, and a former patient of Dr. Hiebel, who provided massages to Dr. Hiebel in exchange for coaching assistance in her custody matter. The consultant report states that Dr. Donald Hiebel and this friend "vacationed together and spent some holidays together as well (Christmas)."

Prior to these offenses, Dr. Donald Hiebel was one of the most beloved, trusted, and highly respected psychologists in family court today. In fact, when Jane Doe was advised to work with Dr. Hiebel, she was told that he "is like a God before the Court." Judges and attorneys have regularly requested Dr. Hiebel's services for co-parenting management as well as custody related mental health treatments and evaluations. They have done this despite the fact that multiple family court litigants over the years have complained vociferously about his unprofessional behavior and incompetent treatment. I would suspect that Dr. Donald Hiebel's behavior with these two women is just the tip of the iceberg.

It is worth noting that despite the fact that previously litigants have submitted formal complaints to the Department of Public Health against Dr. Donald Hiebel, these complaints have been consistently ignored and summarily dismissed. One can only speculate what harm and damage might be avoided for many current and former clients of Dr. Hiebel if the Department of Public Health would take these complaints seriously.
Posted by Catharine Sloper at 12:24 AM