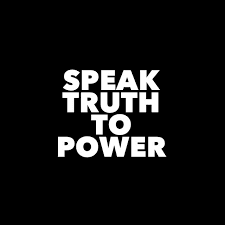 Reappointment for Judge Emons
I do not support reappointment of Judge Emons due to my personal experience which has been far from the best interest of a handicapped child, and has left the child to continuously be psychologically abused for years and the custodial parent unable to provide safety from this abuse for the child.
In a case with blatant incidences of negligence of the family unit and the child’s best interest by the non-custodial parent, Judge Emons ignored all the clear evidence of Domestic Abuse, Parental Alienation and Coercive Abuse throughout the unnecessary 2-1/2 yrs. of court process.

2013- 8 yrs. old handicapped Child awarded to return to private school to have supporting community through this devastating period of divorce and sudden death of favorite grandparent living with at home.
2013 Non-custodial parent gets child kicked out of private school
2013-2015 Non-custodial parent cited 3 times for PARENTAL ALIENATION of custodial parent throughout the case.
Family Relations Dept. was ordered to do an investigation regarding relocation under 80 miles away citing multi-incidents of denigration of custodial parent to an 8 yr. old child w/handicap in front of investigator.  Investigator insisted this cease and decisis immediately, if not stop visitations or chaperone visitations.  This investigation was done closely with the Head of Family Relations and recommendations to allow relocation were concluded..
Judge Emons made it known to counsel of both parties that she represented the custodial parent’s family member in a case and was fond of them, all of which was unbeknownst to the custodial parent.  CONFLICT of Interest, never should have presided over case.
Judge Emons initially stated this was not a far move and fine to relocate for employment
Judge Emons ignored the devastation this child wwas encountering and overturned the evaluation and said she would disqualify it with no factual basis, and ordered a second investigation Family Relations Dept.
Judge Emons ignored the psychological devastation for the custodial parent and child of living through this process while being forced to live at custodial parents dwelling after both of their deaths even though the GAL agreed with psychologists evaluations indicated needed to relocate to be out of the grandparents’ home.
Non-custodial parent threat w/gun resulting in arrest and automatic Criminal Court ordered a Protective Order for custodial parent.
Once relocation was agreed upon it was only to Greenwich and a child with a handicap at 9 yrs. old be left in child care while the mother commuted over 3hrs. each day.
2018 the child is struggling with psychological issues from the years of abuse resulting in  a secondary handicap Judge Emons refused to resolve for the best interest of the child.
It is quite clear our Judges have no training, nor wish to learn Domestic Violence issues within a Household to understand a child and the best interest or scenarios of the child’s future.
Judge Emons rules with an uneducated, unjust gavel continuing the cycle of Family Violence that gets past down to the future generations.  Her court system is meant to strip families of their lives, their spirit, their education, and their moralities along with any small amount of monies as if they are sinners that need to repent until they die.  She hopes after which God, will send them to hell.  It wasn’t a courtroom by any stretch of the imagination that we encountered with Emons, it is an absolute vortex that does not allow the family to repair their lives and move forward in a healthy stable manner for the child’s best interest.  Judge Emons ignores Federally laws for the handicapped child, causing a secondary handicap.
Devastated,


Anonymous and the Minor Child
Posted by Catharine Sloper at 6:32 PM