WHEN ATTORNEYS SET YOU UP TO FAIL: ATTORNEYS DAVID DEROSA AND ALISHA MATHERS! 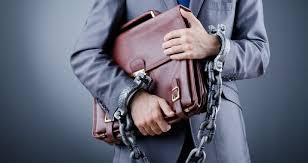 "How can they call this due process?"  This has been my question from my early experiences of Family Court setups.

I have always had the impression that within the first few months of my case, the attorney and the judge had essentially arrived at an understanding.  It appeared to me that no matter what I did, that understanding drove the case from the beginning to the end.  So what does that mean for attorneys?  If everything is arranged beforehand, can they truly be thought of as exercising their professional expertise and advocating for their clients diligently as they are required to do?

Ultimately, I ended up having eight attorneys in my case.  Each of them would make big promises to start with, but within a month or two after being hired, I would find they had fallen into the rut of this prior understanding. This meant that the attorneys ignored opportunities, refused to advocate for me in crucial issues, failed to submit important motions and documents, and essentially skewed the case so that it would end up in a way that was preconceived.  So consecutively, each of my attorneys did what it was that I'd fired the last one for!

This meant that everyone in my case had to be coordinating with one another to make sure the case ended as was expected and that the deception of advocacy on my behalf could be maintained. Some of this involved a certain amount of theater with the attorneys fake fighting in front of me, or fake arguing motions in front of the judge.

It is disillusioning to find that family court has no connection to say "Law and Order" on television. You do not have two reasonably principled opponents arguing cases in court and may the best man win.  Pretty much one side or the other side agrees to win, and the rest is pretense.  If the client refuses to go along with being trashed, his or her attorney will simply withdraw and do as much damage as possible to his client while doing so.

Still, the family court system by law is pretty much required to maintain the pretense of fairness even though the reality is far from it.  So the Judge in a case will allow an attorney to withdraw from a case, then give the client two weeks to find a new attorney, and then expect the new attorney to catch up with a multiple year case 14 days before trial.  The Judge will not allow a continuance even though the judge allowed the previous attorney to withdraw from the case, thus putting that clients' case in jeopardy because the new attorney won't have time to catch up.

When the time comes to write up the Memorandum of Decision, the Judge will say something like "both sides were represented by counsel" when, in fact, one side was fully prepared since he or she was on the case for a number of years, while the other side only had two weeks to get oriented to the case. So its a lie, but one that only rarely gets corrected.

That isn't giving both sides a chance to present their positions!

That's putting your fingers on the balance and making sure it weighs in one direction only.

Another phenomenon I've seen recently occurs when no family attorney will take your case. They know you want strong advocacy in support of your position.  They know the judge has determined a specific outcome in advance of trial and doesn't want it reversed on appeal.  As a result, not a single attorney will take your case because attorneys know their clients want good service, but they can't give it because if they try to the judge will find a way to punish them in a later case.  If you can't get an attorney to take your case, how is that justice?  And if you can only get an attorney to fake pursue your case, how is that justice also?

So what happens then?

Doesn't the family court still have to maintain the pretense that "both sides were represented" even though, in essence, they weren't? Indeed, they do!

Currently, what has happened is that family court professionals have essentially assigned designated hitters to these cases in order to maintain the pretense that the loser was legally represented.  For now, the two I know of are Attorney David DeRosa and Attorney Alisha Mathers. Both of these attorneys are now out there representing members of the Coalition, each of whom are persona non grata in family court, and also any parties who are on the losing end of the stick in family court cases.

But why do I even bother to say "respresenting".  Even using that word is a pretense because these attorneys aren't representing anyone but the will of a corrupt family court system in Connecticut. Some of the legal work I've seen them perform is just laughable. Nonetheless, their presence maintains the illusion that litigants are getting a fair shake when they actually absolutely are not getting one.

Sadly, there is no attorney who is going to take on the challenge of arguing an unwelcome position posed by an unpopular client.  This is a waste of the Court's time.  There is only the family court attorney suckup who is going to bow and scrape to the system, and regularly stab his or her own client in the back upon command. This is not only happening in family court, however. It is happening in criminal court as well where plea bargaining has pretty much superseded the trial.

I know there are many family court litigants who will not believe this discussion of mine.  Sooner or later, however, they will feel the knife bite into that sweet spot between their shoulder blades.  It will happen.  Just wait for it.
Posted by Catharine Sloper at 12:30 AM